One man arrested as gardaí seize €110,000 worth of cannabis in Cavan 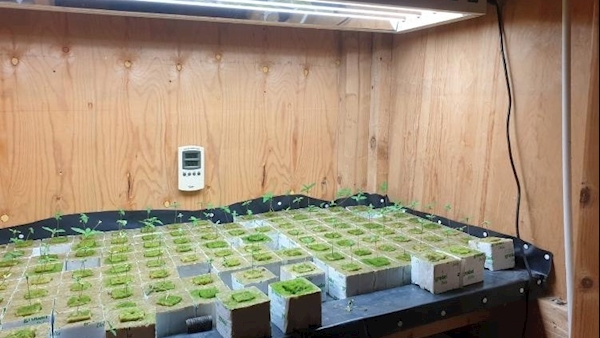 Gardaí have arrested a man and seized €110,000 worth of suspected cannabis plants following the discovery of a grow house in Bailieboro, Co Cavan.

Shortly after 12.15pm today, gardaí from the Cavan/Monaghan Divisional Drug Unit, assisted by the Armed Support Unit and local gardaí, executed a search warrant at a property in Bailieboro.

During the course of the search gardaí discovered a grow house in a shed at the rear of the property. The grow house contained 137 cannabis plants (pending analysis), valued at €110,000.

A male in his 40s was arrested at the scene and is currently being detained under Section 4 of the Criminal Justice Act 1984 at Bailieboro Garda station.