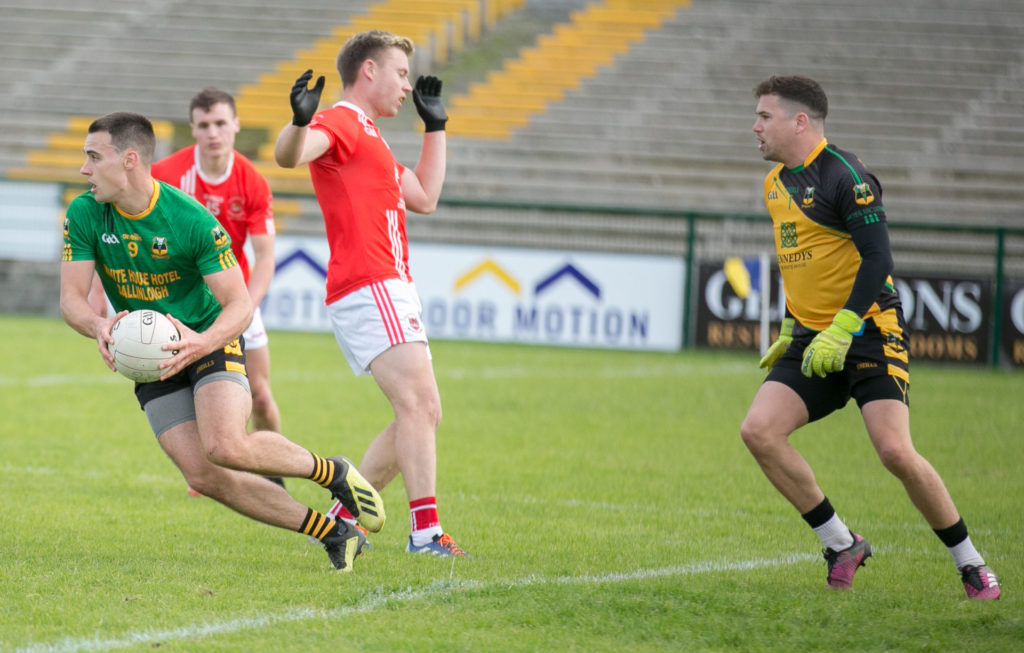 Benny O’Brien has unearthed a fine mix of youth and experience within St. Brigid’s ranks, which is a testament to the club’s underage success, particularly at minor level in recent seasons.

Rúaidhrí Fallon, Pearse Frost, Paul McGrath, Brian Derwin and Ben O’Carroll appear to have blended in seamlessly with the leadership you’d expect from Ronan and Brian Stack, Peter Domican, Niall McInerney and Gearóid Cunniffe. But the departure of Senan Kilbride to Abu Dhabi robs the 2013 club champions of a key player in terms of what he brings to the party and how he helps younger, emerging players adapt to life at this level.

Elphin were muscled out of it by a more physical Clann side last time out. But in Niall Higgins, Nessa Lenehan and Frankie Cregg, they have able operators. Their talisman Fintan Cregg continues to struggle with a knee injury, and that doesn’t bode well for Elphin’s prospects here.

With the group likely to be decided on scoring difference, Brigid’s won’t hold back. Elphin, who famously defeated this evening’s opponents last season, will probably have to settle for the play-offs

The perfect game for Liam Kearns to learn more about his players.

Strokestown have nothing to play for but, from their perspective, it will be still important to put up a good showing to leave them in a positive frame of mind for their upcoming relegation play-off

With Cathal Duignan shoring up the backline, Cathal Shine showing a decent return to form at midfield, and with Fergal and Ciarán Lennon going well, Clann’s second-half revival against Elphin will have buttressed confidence levels around Johnstown.

They’re a long way from the finished article but they’ll still have too much in reserve for their visitors.

Would the real Boyle please stand up?

Instead of honing in on how brilliant they were for 40 minutes against Pearses, Basil Mannion’s troops resembled a side that felt sorry for themselves after throwing a 12-point lead against the defending champions when they limped to a one-point victory against Tulsk last time out.

Glaveys have been one of the form teams since the championship started. They took care of Tulsk with little fuss before more than putting it up to Pearses for long periods before eventually falling short.

Andy Glennon has been one of the players of the championship so far, and Cathal Heneghan will get better with every game after his long injury lay-off.

If Boyle turn up, they’ll win. But if they’re still in hangover mode, Glaveys are primed to pounce.

On home turf, the first scenario is likely to come to pass.

What a huge occasion for Tulsk — welcoming the team that everyone wants to beat into their own back yard.

It’s just a pity that last year’s intermediate champions have nothing tangible to play for, with their head to head against Glaveys and the opening round draw between Boyle and Pearses meaning that they must prepare for a relegation play-off, irrespective of what happens here.

To their credit, they pushed Boyle all the way last time out but Pádraig Pearses, as Fahey Cup holders, will present a different kettle of fish.

Daniel Connolly’s impact off the bench against Boyle could earn him a start in the home side’s line-up but the likelihood is that Pearses will suffocate Tulsk’s early enthusiasm before picking off their scores.

One of the games of the weekend in the intermediate championship as high-flying Creggs visit championship favourites St. Faithleach’s.

Spearheaded by the Murtagh brothers, Faithleach’s have been scoring freely but it’s what has been transpiring at the other end of the field that will cause them some concern. They won’t win this year’s championship unless they tighten up at the back.

With the Dowd brothers, Noel Gately, James McKeague and Colin Canny leading by example, Creggs have been excellent so far, and this is the perfect game to ascertain where they’re really at.

Another game with huge potential, it’s time for Faithleach’s to finally lay down a marker.

St. Aidan’s haven’t been found wanting for spirit. Kilbride didn’t turn up for the second half against Creggs, and paid a heavy price.

A play-off berth awaits the winners, while the losers will be pushed closer to the relegation trap door.

Despite their two losses, Aidan’s won’t allow the Kilbride forwards the latitude they enjoyed against St. Faithleach’s.

In a game likely to be decided by small margins, that could prove to be the difference.