There were casualties aplenty across two action-packed days in the Roscommon senior and intermediate football championships. All the action will, as usual, be broken down in detail in next Tuesday’s Roscommon Herald – but for now, here’s the tasty, tantalising, Sunday night championship five-course takeaway!

It would be hard to be too critical of a competitive showing from St. Croan’s on Saturday evening, with the Enfield club right in the mix for a win up until the final quarter. However it was a bleak day for the other clubs on Sunday, as Fuerty crashed into a relegation playoff thanks to a two-point defeat to Strokestown, Roscommon Gaels produced a hugely anaemic display in the second half against Pádraig Pearses and then Western Gaels let a four-point lead slip in the final 20 minutes of their clash with Clann na nGael. Within their own little bubble, these teams all looked good at various stages, but when set against the championship big-hitters, they fell short to varying degrees. 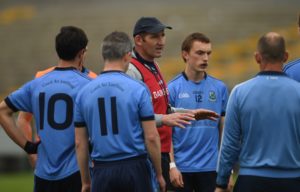 Shooting the lights out, but still in a dark place

It must surely be some sort of record, or possibly several. In their last three championship matches, standard 60-minute club football games, Kilbride have scored 4-10, 1-18 and 3-13 respectively – and lost all three games. In fact of the 24 senior and intermediate championship clubs, St. Faithleach’s have the fifth-highest scoring average (St. Aidan’s have scored more, but needed an extra game to do it) and yet they are 60 minutes from being ejected from that group of two dozen and cast down into the junior ranks for 2021.

Still scoring a quarter of a century later

Three points on Saturday evening brought Terence Kelly’s total for the championship so far to 1-15, and those scores proved absolutely vital as St. Aidan’s edged out Kilmore by the very bare minimum in what turned out to be the most enthralling game of the weekend.

With a little over a month to go until his 43rd birthday, one Kilmore man was able to cast his mind back to a previous meeting between the clubs, when Kelly first appeared on the adult club championship scene here in Roscommon.

A tough day at the office for us. 😢 hard luck to our lads. Well done to @AidansGAA Amazing to hear that Terence Kelly made his senior club debut against Kilmore 25 years ago, today he was still kicking points for @AidansGAA A gentleman. 🇺🇦

Southern powerhouses stronger than ever

It’s now been 11 years (2009, Castlerea St. Kevin’s vs Western Gaels) since the Roscommon county final didn’t feature at least one of the three South Roscommon clubs that have taken a stranglehold on proceedings in this county, and that record is going to stretch out for at least one more year as one of Pearses and Clann are guaranteed to contest this year’s decider. You’ve to go back to the mid 1950’s since there were three county finals in a row that didn’t feature any of the three. Four of the last eight county finals have been an all-south derby, and when we see the overall strength of Clann and Pearses, even with both clubs missing key players due to injury, and then we look at the age profile of this St. Brigid’s group, and there’s no prospect of this changing.

Oran by 11 points, St. Faithleach’s by 13 points, St. Dominic’s by 20 points – it was some weekend for landslide wins in the intermediate quarter-finals, and while St. Aidan’s will feel that they’ve nothing to lose against Oran next weekend, not too many neutral pundits would be surprised if they suffered a similarly heavy defeat at the hands of Billy Donnellan’s side. The gap between the top teams and the rest looks to be extensive and while there’s no doubt that Éire Óg can point to indiscipline as a key factor in the margin of their defeat, the recruitment of Conor Cox hasn’t been the panacea to their ills that it seemed to be following their first-round win over Castlerea St. Kevin’s. Creggs will probably feel that they have a lot more to offer than they showed on Saturday afternoon in Dr. Hyde Park, but outside of them, it’s hard to see any other club troubling next year’s top three, even in a one-off fixture. 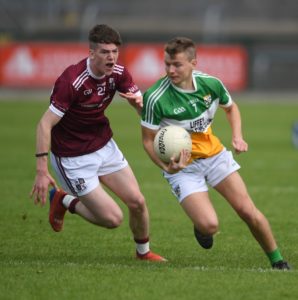