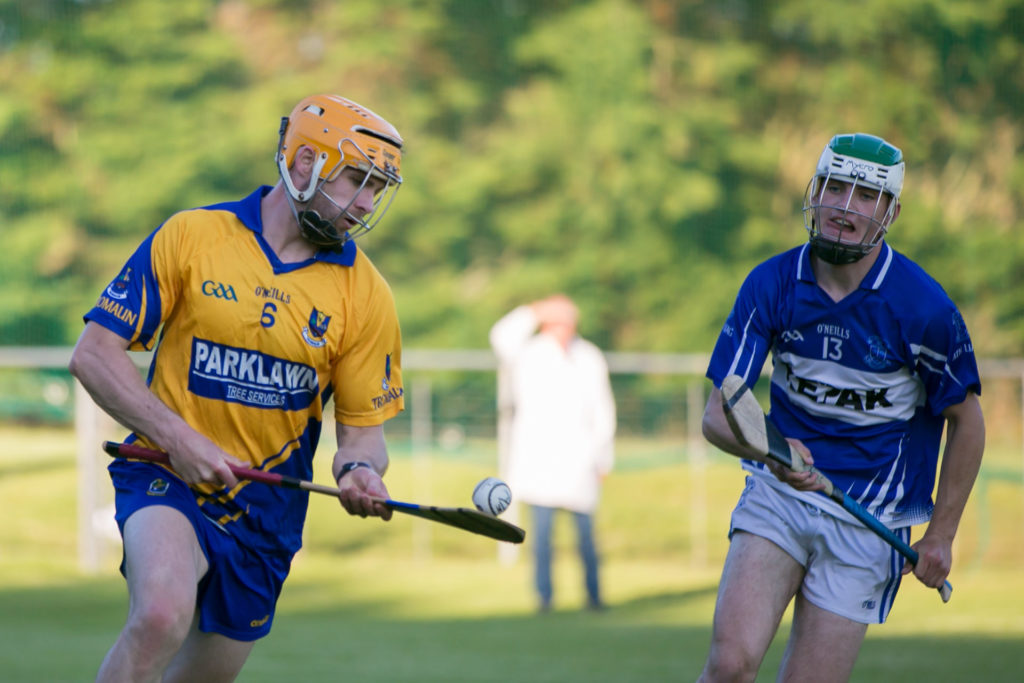 Peter Kellehan was in terrific form for Tremane against Athleague during the group stages. Can he lead his club to their first county senior hurling final since 1996 on Sunday next?

The final four are in the make-up room this week. Pearses, Athleague and Four Roads know what it takes to win a championship. Can Tremane now find the winning formula?

Here’s Willie Hegarty’s take on how the “Fab Four” are shaping up.

Four Roads: The team to beat. One has to go back to 1992 for the last time Four Roads failed to defend their title.

The champions will have been disappointed to have received a walkover against Oran as they would have relished another game after putting Padraig Pearses to the sword in their previous encounter.

They might be ring rusty as a result, but no doubt Joe Mannion will have them chomping at the bit to get another crack at their great rivals Athleague.

Athleague: Their season comes down to a repeat of last season’s county final, which Four Roads won with ease.

Padraig Mannion’s men have done nothing since then to suggest that they can turn the tables on the Black and Amber. The Tremane defeat will have left plenty of scars that a routine victory against Roscommon Gaels will not have healed.

If the dice was to roll in their favour, however, a dream final against Tremane would be the icing on the cake.

Like Tremane, they’ve had players double-jobbing with the Fuerty footballers, with little time for recovery. They have two main areas of concern — can they win enough primary possession against the champions and where will the scores come from to give them a fighting chance?

The other three semi-finalists have produced one big championship performance to date. Athleague are still waiting to fire.

Could Sunday be the day?

Padraig Pearses: On the morning of a championship match, manager Shane Sweeney must wake up and feel a bit like Acting Chief Medical Officer, Dr Ronan Glynn.

As Dr. Glynn ponders the number of Covid-19 cases, Shane Sweeney is wondering what frame of mind his lads will be in.

They were sublime against Oran and St. Dominic’s. In between, they choked against Four Roads.

It’s hard to believe that Pearses have only one title to their name since 1987, losing eight finals before finally getting over the line in 2017.

A club like Pearses should have more county championships, and that needs to be addressed.

Tremane: Beating neighbours Athleague was massive and, consequently, a huge degree of pressure was lifted.

Their players have been busy serving two masters over the past couple of months. How their dual players recover from the disappointment of Fuerty being relegated back to the intermediate football championship will be interesting.

They must get back on the horse and dust themselves down for a massive battle with Padraig Pearses, knowing full well that victory against Athleague will count for nothing if they slip up here.