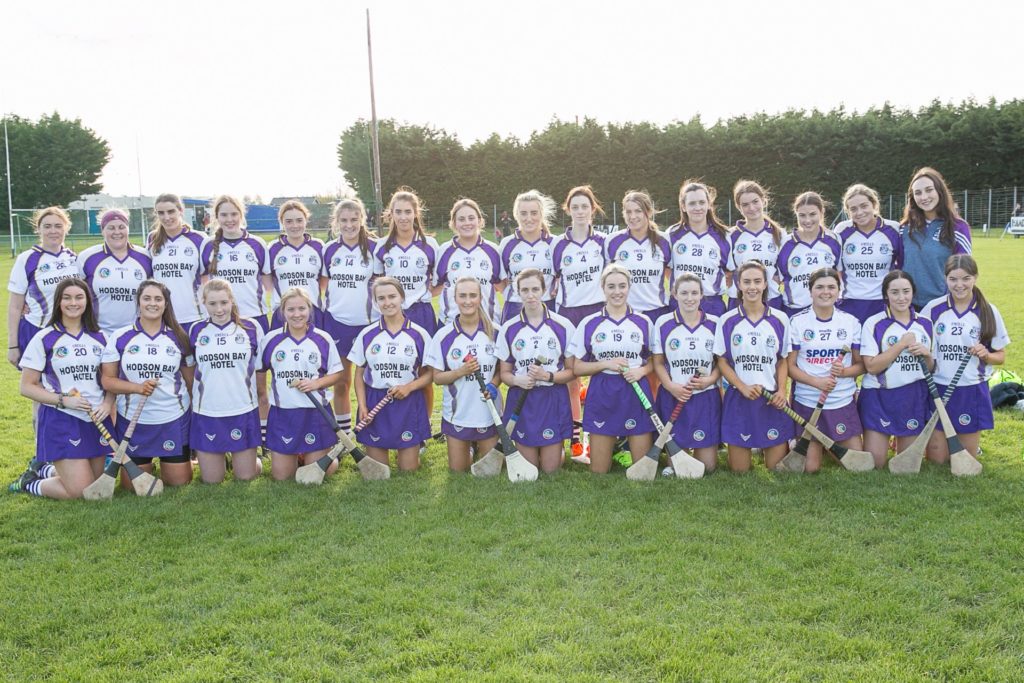 The St. Dominic’s senior camogie panel that won the county title for the first time in 28 years last season.

If there was a sense of passing on the torch when St. Dominic’s bridged a 28-year gap to become Roscommon senior camogie champions last season, the defending champions, it appears, are in no mood to let anyone else carry the responsibility of being the county’s flag bearers. John Haughey’s side have picked up from where they left off in 2019 and they will enter Saturday’s decider against Athleague in Ballyforan as the warmest of favourites to retain their crown (throw-in is at 4 p.m.).

But Dominic’s dare not take anything for granted. They were the underdogs against Four Roads in last year’s final, and they used the motivation of being written off to build up a healthy first-half lead before prevailing by 3-9 to 0-9.

So Haughey will be hammering home the mantra that “anything can happen in a final” this week as his side prepare to put their title on the line.

“We always had players with plenty of ability but last year’s victory has given them belief,” the St. Dominic’s manager told the Herald.

“Obviously, it has been a difficult few months for everyone so it’s just great to get back playing matches. You’d miss the cup of tea and a chat after training but the girls are still enjoying their camogie. They know that they won’t be too far away if they perform.”

With an experience management team of Joe Dolan, Ciarán Hunt and Noel Murphy from Tommy Larkins in Galway involved, Dominic’s are in a good place. The experience will be provided by Caroline Connaughton, Emer McNally, Susan Spillane, Caroline Dowling, Joanne Beattie and Rachel Dolan, while All-Ireland U-16 players from 2019, Ciara Kilcommons, Niamh Fitzgerald and Anna Campbell, will bring plenty of confidence to the set-up.

On the injury front, Aimee O’Connor (shoulder), Julie Healy (shoulder ligament damage) and Áine O’Meara (hamstring) are probable absentees but Niamh Watson, despite nursing a broken finger, should be able to take her place in Saturday’s starting line-up.

“The fact that Athleague are back in the final shows the competitive nature of the championship. You have to remember that Athleague will have players with three county medals, while our girls only have one,” highlighted Haughey.

For Athleague manager Liam Gordon, who guided Athleague to their hat-trick of titles in 2015, 2016, and 2017, he’s back in the hot seat after a two-year absence. Caoilfhionn Coyle and Shirley Whyte make up the management team.

“We want to get a performance. A lot of girls were involved in football last weekend, so hopefully they will have come through unscathed,” he said.

When the sides met in the group stages a few weeks ago, it was in the knowledge that both teams were already guaranteed their place in the county final but Gordon admits that he picked a strong side to win that game.

“We ended up being beaten by nine or ten points. Both teams were missing a few players but we went as strong as we could. We wanted to win the game because they are the champions, so we just have to regroup now and dust ourselves down for Saturday,” he pointed out.

“We’re playing a physical side with strong runners, so we have to be mindful of that. The girls have worked hard, and it has been as much about recovery as anything else given the busy period we’re in. We’re under no illusions about the task facing us but the aim is to settle early and take it from there,” he concluded.

All the indicators point towards Dominic’s retaining their title but expect Athleague to have a trick or two up their sleeve in their efforts to dethrone the defending champions.

*For report, pictures and reaction, pick up a copy of Tuesday’s Roscommon Herald