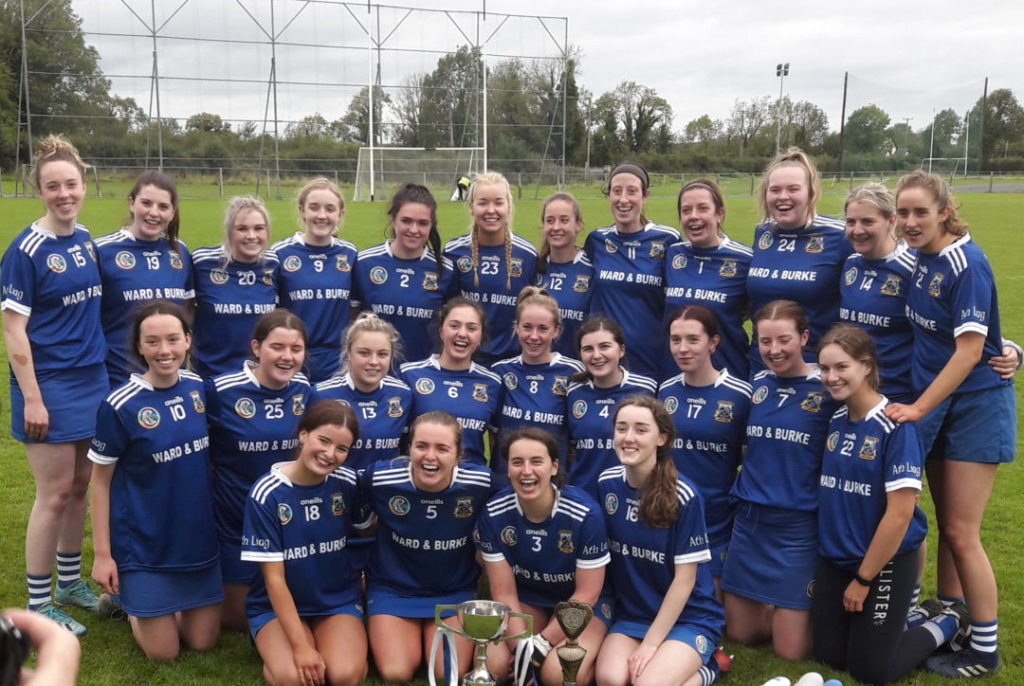 A penalty from full-back and Player of the Match Niamh Farrell at the end of the third quarter proved to be the decisive score as Athleague held on for a famous victory.

St. Dominic’s bridged a 28-year gap in becoming champions 12 months ago but they started slowly as Tara Naughton’s accuracy from frees alongside points from play by Jade McCormack, Fiona Connell-Jones and Rebecca Brennan gave the challengers a 0-6 to 0-4 lead at half time.

However, the sides were level, 0-7 apiece, after 44 minutes when Susan Spillane (free), Anna Campbell and Niamh Watson restored parity for their side, and the momentum looked to be with Dominic’s.

But a foul on Athleague centre-forward Paula Daly, after a powerful run, gave Farrell the chance to nail the pivotal score of the match from a penalty, and she duly obliged to give Athleague the breathing space they needed as they held on for a 1-7 to 0-8 triumph.

Afterwards, a jubilant Athleague captain Niamh Conway was presented with the cup by Roscommon Camogie Board Chairperson Karina Jones.