Athleague unlikely to knock defending champions off their perch 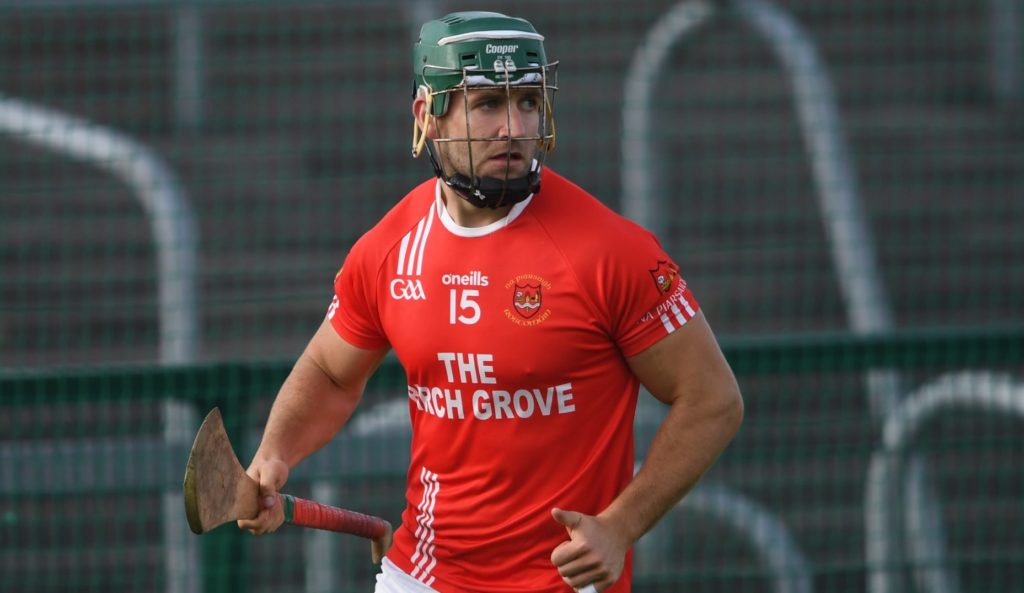 Adam Finnerty has been in fine scoring form for Pádraig Pearses.

A repeat of the last two county finals tops the bill as the semi-finals of the Roscommon Senior Hurling Championship take centre stage at Dr. Hyde Park this afternoon. Roscommon Herald Sports Editor IAN COONEY looks ahead to the fare on offer…

A strange season for both clubs who aren’t exactly sure where they’re at ahead of such a big game.

Four Roads appear to be in a better place. Having only managed to draw against St. Dominic’s, they emphatically answered questions about their championship credentials, as they invariably do, by seeing off Pádraig Pearses in Woodmount.

That game showed us the blend of experience and youth that Joe Mannion has at his disposal. To quote what Noel Fallon, who reported on that match for the Herald, opined: “Four Roads aren’t unbeatable but the team that beats them will have a serious day’s work done.”

Athleague haven’t unleashed the raw material to suggest that they are that team. Well-beaten by Tremane for the first time since 2004, Padraig Mannion’s side will have learned nothing from the demolition of Roscommon Gaels last time out.

Yet, with the games coming thick and fast for most teams around the country, Four Roads have been lying idle since that victory against Pearses on August 9th. They could have done with the Oran game taking place, just to keep themselves ticking over.

In Shane Curley, Cathal Dolan, Micheál Kelly and John Moran, the defending champions have an experienced core group of players that will be reminding the younger guns what’s expected in an important game against their arch rivals. But players like Donal Kelly, James Cunniffe, Brian Lawlor, Diarmuid Treacy and Adam Donnelly will be determined to lay down their own marker, underlining the club’s tradition and, more worryingly for everyone else, the embarrassment of riches being taken off the production line.

Now that Eamon Flanagan has recovered from injury, Athleague’s chances have been bolstered. Ben McGahon will punish Four Roads indiscretions from frees, while Niall Connolly, Gary Fallon and Pat Nolan make up an experienced half-back line that will try and disrupt the Four Roads supply lines.

But the more compelling evidence has been put forward by Four Roads. Athleague will improve but have they left themselves with too much to do?

Just like Four Roads, Tremane will have been twiddling their thumbs for five weeks by the time this afternoon rolls around.

On the other hand, Pádraig Pearses survived a high-octane championship encounter against St. Dominic’s three weeks ago where the pressure in a “winner takes all” clash was back on Shane Sweeney’s charges to deliver following their loss against Four Roads.

And deliver they did, although the concession of four goals will have been noted by Tremane.

Both centre-backs will have huge roles to play on Sunday — Peter Kellehan for Tremane and Shane Naughton for Pearses. Suffice to say, dominance here will go a long way towards deciding the contest.

Luke Corbett and Eoghan Costello should be able to hold their own against Padraic Brennan and Joe Brennan. In truth, there are fascinating clashes all over the park.

Both sides have goals in them with Adam Finnerty prolific for Pearses, while John Brennan knows a thing or two about the art of raising a green flag for Tremane.

And so to the burning question? Will Niall Kilroy play for Tremane and, if so, how much of an influence can he exert on proceedings?

If this semi-final was a few weeks ago, Tremane might have carried the favourties’ tag. But Pearses, with the wind in their sails and their forwards back in the groove, just might prevail in a match that has all the ingredients to be a hugely entertaining encounter.