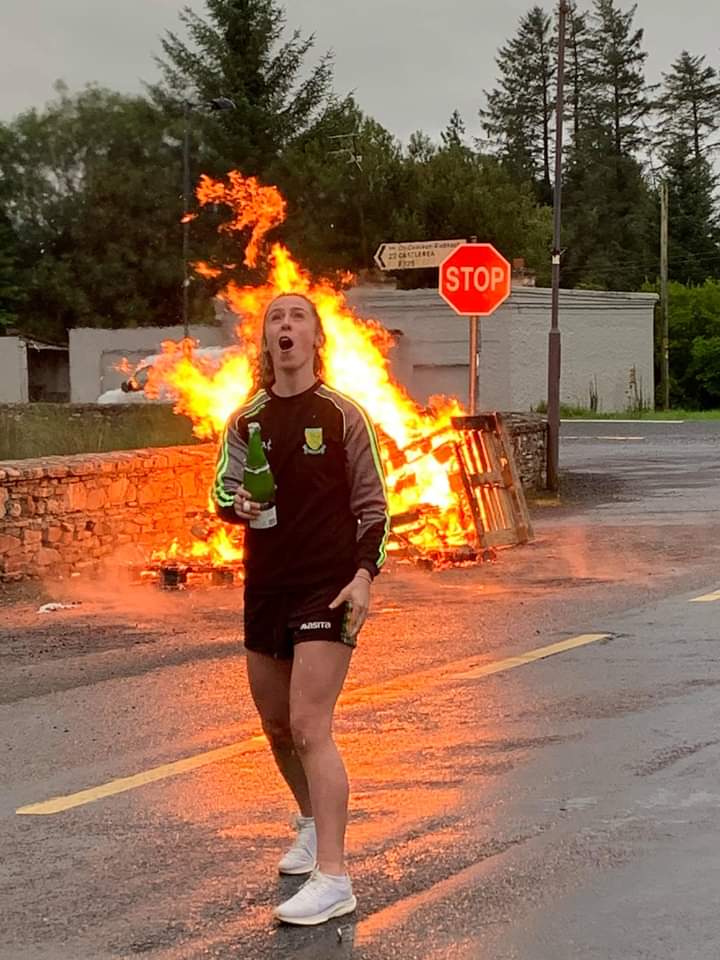 There were great celebrations in Kilmovee Shamrocks on Saturday evening as the club’s intermediate ladies’ football panel won championship honours for the first time in 17 years by beating MacHale Rovers, 5-9 to 2-13, in a thrilling Mayo county final.

Bonfires blazed in the East Mayo parish, located just under 10 kilometres from Ballaghaderreen, to welcome home the victorious panel and management. Goalkeeper Elaine Duffy was named Player of the Match.

Captain Sinéad Cafferky, known to her team-mates as “Caff” played a captain’s part and a wonderful photo emerged of the team’s inspirational leader on social media, enjoying the celebrations.

It shows Sinead looking to the heavens as a bonfire burns brightly in the background. The scene would do justice to a Hollywood movie as nearly two decades of disappointment went up in flames.

Well, when you’ve just captained your team to championship glory, you’re entitled to try and convince the world that you’ve just emerged from a fireball to add to the sheer drama of it all!