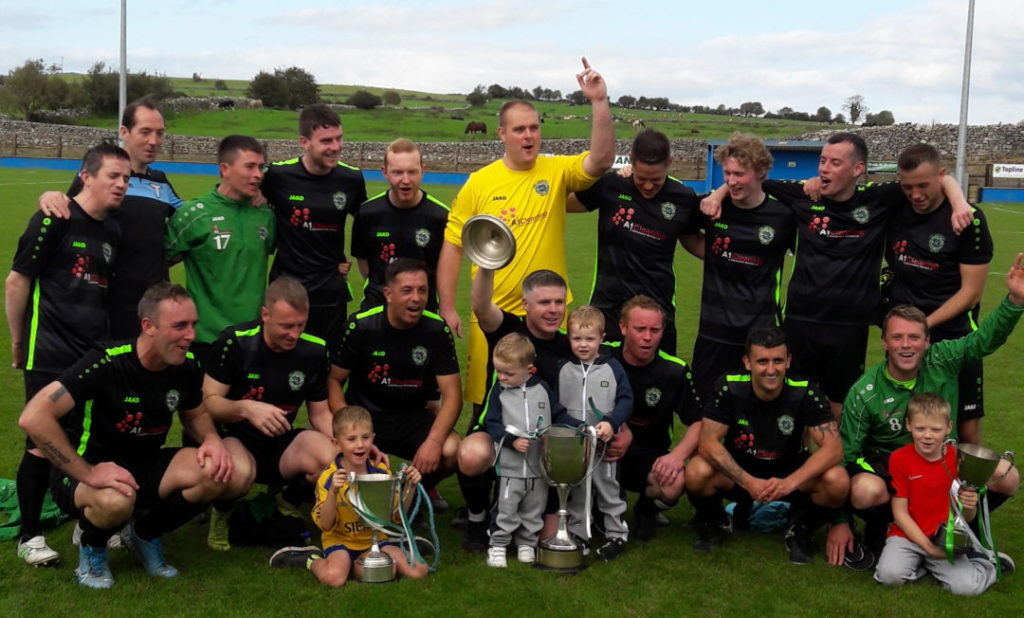 St. Peter’s FC, Athlone, have completed the domestic treble for the second time in three years after edging out Castlerea Celtic 3-2 in a thrilling Challenge Cup final at the Roscommon and District League grounds, Lecarrow, on Sunday afternoon.

Having already won the Premier Division and Premier Division Cup, beating Castlerea Celtic on both occasions, Padraig Moran’s side completed their hat-trick of trophies to win their eighth piece of domestic silverware since joining the league three years ago.

After a dispute over a clash of jerseys, which delayed the final for ten minutes, Castlerea Celtic took the lead through Darren Clabby in the second minute to lead 1-0 at the break.

Castlerea Celtic went back in front after 57 minutes when Daniel Connolly drilled the ball to the back of the net from just inside the box. But the lead didn’t last long as JP Stephens converted from a corner to restore parity two minutes later.

With 13 minutes remaining, the winner came for St. Peter’s when Jason Nugent’s cross from the right was met perfectly by Hehir, and he guided the ball to the back of the net to ensure that the Challenge Cup goes back to McSharry Park ahead of the new season which starts in just two weeks’ time.