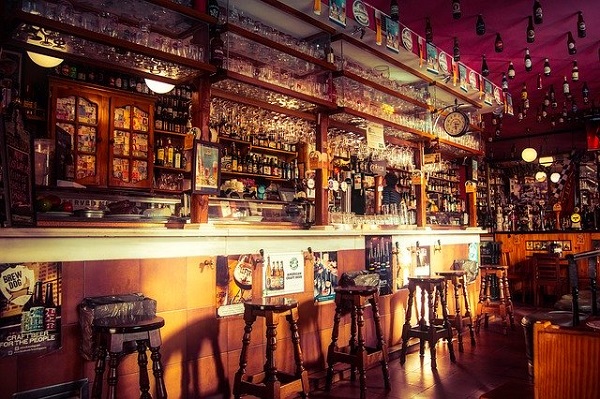 Under the Government’s five level plan for managing the Covid-19 virus, pubs not serving food will reopen, as planned, next Monday, September 21st with the exception of Dublin

The Government has today (Tuesday) announced a new medium-term plan for Living with Covid-19. The plan is envisaged to be in force for the next six to nine months up to the end of the first quarter of next year.

The new measures will become effective from midnight this evening (Tuesday) throughout the country with the exception of Dublin city and county. The country has been designated on a ‘Level 2’ status, as part of a five level framework announced by the Government.

Pubs that do not serve food can reopen next Monday, September 21st under Level 2 with robust protective measures in place. Maximum numbers will be linked to capacity of each pub but with individual groups limited to six people from no more than three households.

Under the current Level 2 regulations, up to 50 patrons are permitted or in pods or groups of up to six) for arts events with arrangements to ensure no intermingling of groups. Up to 100 patrons are permitted for larger venues where strict two metre seated social distancing and one-way controls for entry and exit can be implemented.

Level 2 will also allow for a capacity of greater than 50 in separated sub-groupings at religious services and Funerals of no more than 50, with further protective measures in force. Visitors from one other household only. or up to six visitors from two to three other households are allowed in private homes.

Key business supports will remain in place until 31 March. The PUP will now be open to new entrants. A series of local activation measures will be introduced. People are encouraged to work from home under the current Level 2.

Up to 100 patrons/spectators outdoors and 50 patrons/spectators indoors are permitted under level two with up to 200 attendees allowed for outdoor stadia or other fixed outdoor venues with a minimum accredited capacity of 5,000 with outdoor training permitted to take place in pods of up to 15.

Indoor training, exercise and dance classes can take place in pods of up to six inside. Gyms, leisure centres and swimming pools can open with protective measures, taking account of public health advice, including social distancing.

In respect of advice to people living in Dublin, persons should try to avoid travelling outside the capital where possible. When outside the county, they should not meet up with more than one other household.

Level 1 will entail the least amount of restrictions. Measures under level one are not applicable at present as the country is on Level 2.  Lower levels will be activated when there is low incidence of the disease, with isolated outbreaks, low community transmission. The higher levels will be used to deal with higher incidences of the disease.

A €600m winter package has been introduced to develop and protect the health services up to next March. The flu vaccine will be free to all vulnerable groups including children under 12. There will also be increased mental health supports.