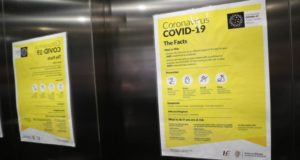 Of the cases notified today, 85 are men while 172 are women. 63% are under 45 years of age with 38% or just under two-thirds of all outbreaks are confirmed to be associated with outbreaks or are close contacts of a confirmed case. A further 60 cases have been identified as community transmission.

Offaly, like Roscommon, has a further five new reported cases among the 357 newly reported cases of the virus, as well as Mayo and Tipperary. The remaining 32 cases are located in eleven other counties, which include counties Leitrim and Sligo.