Payne back in the groove with Ireland 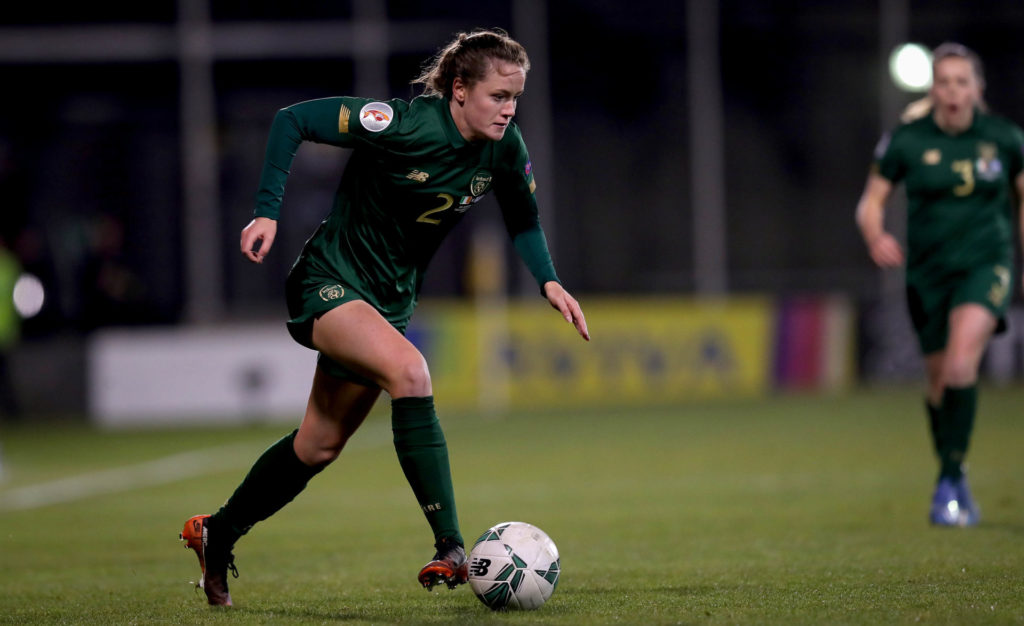 Heather Payne in action for the Republic of Ireland women’s team against Greece earlier this year. Picture: INPHO

Heather Payne believes that it’s great for the Republic of Ireland women’s team’s mentality to see themselves top of their group ahead of Saturday’s crucial European Championship qualifier against Germany.

But the South Roscommon woman is hopeful of being involved in Essen next weekend as Vera Pauw’s side try to take a major scalp and edge closer to qualification for the finals.

“I’ve just been training normally ever since (June), and haven’t had any problems, so that’s been good,” she told RTÉ Sport.

“I just have to put in the work in training and be sharp and to just click again with the team, and hopefully I’ll be starting but we’ll just wait and see.

“It’s great to be top of the group. If you look at the table, you’re not always going to look at the amount of games played, you’re just going to see Ireland sitting on the top, so, for us, that is great for our mentality.

“We are going to keep level-headed and we’re not going to let that get to our heads that we’re top of the group because we still have many big tasks ahead,” concluded Payne who is a previous overall winner of the Roscommon Herald/SuperValu Sportstar of the Year awards.

Ireland’s remaining games in the group include a trip to Ukraine in October, followed by a home match against Germany in December.