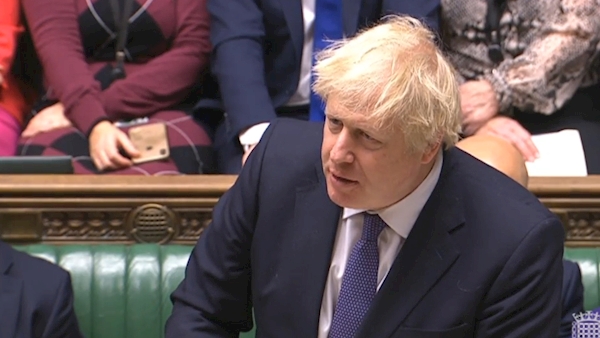 That’s according to Alcohol Action Ireland, as the Internal Market Bill makes its way through the House of Commons.

The Oireachtas passed minimum pricing legislation in 2018, but they want to introduce it at the same time as the North.

But Eunan McKinney, from Alcohol Action Ireland, says it should no longer be delayed because of the latest Brexit developments. He said Mr Johnson’s bill will cause difficulties for Northern Ireland Minister for Health Robin Swann as he looks to introduce minimum alcohol pricing.

Mr McKinney said: “The Internal Market Bill seeks to establish an internal market within the United Kingdom. The Scottish administration in particular have identified this as a real problem, that is one of the problems Nicola Sturgeon [Scottish First Minister] has most significantly with the Internal Market Bill.”

He added: “It is stripping away devolved powers, if you strip away the devolved powers, that certainly will curtail Robin Swann’s ability to bring about minimum unit pricing in Northern Ireland.”

Over 50,000 Dublin jobs at risk due to restrictions says Restaurants Association

Gardaí to recommence checkpoints and patrols in Dublin