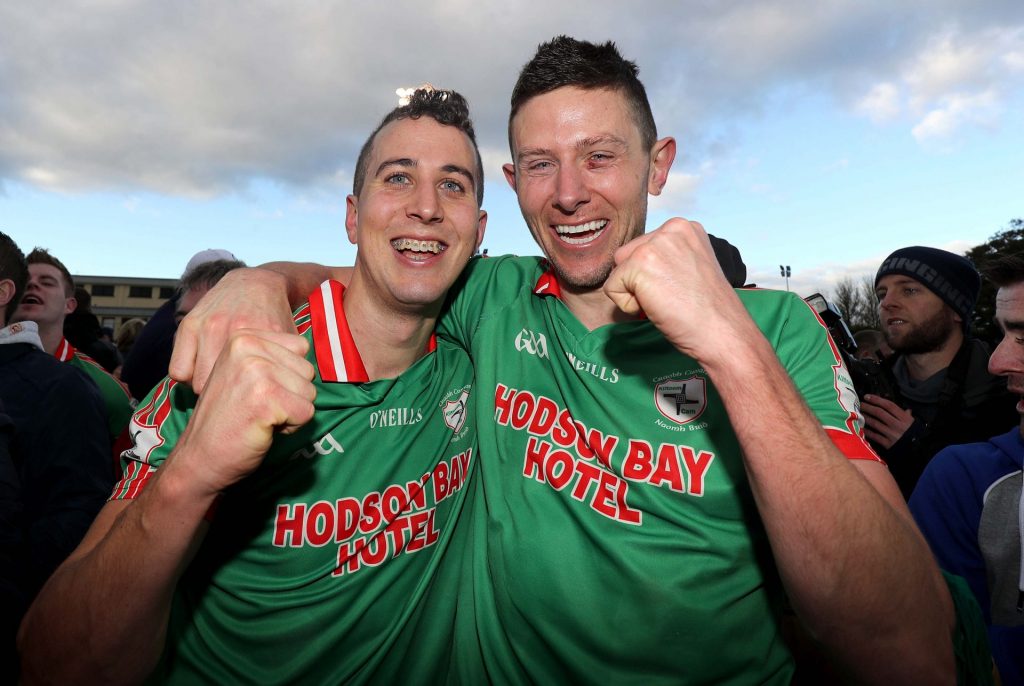 While Sunday’s senior football championship final between Pádraig Pearses and St. Brigid’s isn’t a matter of life and death, the fact that both clubs will attach such huge importance to winning a county title represents a source of comfort during the unprecedented times we live in, according to KEVIN EGAN…

Colombian author Gabriel García Márquez already had a Nobel Prize to his name when he wrote arguably his most famous work El amor en los tiempos del cólera, or as it has become known in the English-speaking world, Love in the time of Cholera.

The novel was set in Northern Colombia over a 50-year period either side of the turn of the 19th/20th century, kicking off around the time of the fifth large international outbreak of Cholera, which happened to be the outbreak that affected Latin America most severely.

As the novel progresses, we see one of the book’s key characters — Dr. Juvenal Urbino — devote a considerable amount of his time and energy to the eradication of the disease. Yet, otherwise, the pandemic of the time is nothing more than part of the backdrop of what is a famous love story, and undoubtedly the most famous novel in the history of the world to involve a key figure dying in a bid to rescue his pet parrot.

This Sunday, the people of Roscommon will open the final chapter of their modern equivalent to Love in the time of Cholera, the story that could, presumably should, be entitled Club football in the time of Covid-19.

At a time when the real world is unspeakably grim, and when everything that makes life worth living is deemed of minor importance in comparison to the unpalatable diet of cases, hospitalisations and deaths, the poetry and the drama of club football is not the vaccine we need, but it’s the placebo we have. For many of us, injecting copious quantities of it into our veins is the only way to keep moving on and putting one foot in front of the other.

Normally it would be the esteemed sports editor of this publication rather than yours truly who would draw on famous figures of Liverpool FC for inspiration, but, in this instance, those overused words of Bill Shankly seem utterly appropriate.

“Some people believe football is a matter of life and death, I am very disappointed with that attitude. I can assure you it is much, much more important than that.”

On the face of it, this Sunday’s county final shouldn’t be a matter of life or death. Pádraig Pearses are no longer trying to undo three generations of constant near misses, while if this St. Brigid’s group doesn’t find a way to win in the Hyde this time around, their talent and their age profile would suggest that they’ll be back again, sooner rather than later.

But even if it lacks the long-term significance of last year’s final, or other breakthrough championships down the years, when it comes to plot and intrigue, Sunday’s senior final has everything.

The key theme, that of the thunderous, intimidating force of the reigning champions taking on the skilful, majestic contenders has shades of Sonny Liston against Muhammed Ali (or as he was then, Cassius Clay) in 1964. This narrative was further fed last Wednesday, when St. Brigid’s manager Benny O’Brien shoehorned this unsubtle attempt to speak directly to referee Kevin Naughton into his interview, saying: “The other thing that struck me over the year is that the officiating at the matches has been top notch, particularly the communication between all the officials on the field. You have two teams that play different styles and while the referee is there to implement the rules, he’s also there to protect the players for both teams, and I’ve no doubt they’ll do that on Sunday”.

The distance between that and simply saying “please protect our precious children from the big bad dragons of Pearses” is a short one. Was it a little bit of psychological game play in advance of the game? Absolutely. Does it add an extra bit of spice to the whole occasion? Unquestionably.

Of course, the idea that this is all about the youth of St. Brigid’s versus the physicality of Pearses is overly simplistic. After all, there’s plenty of players in O’Brien’s squad who are well able to hold their own in the trenches, just as there is no shortage of footballing ability and craft in Pat Flanagan’s group.

Then there’s the question of the local rivalry aspect, and moreover, the idea that Pearses slayed a few demons of their own when they beat St. Brigid’s in last year’s quarter-final. Winning a county final meant everything to them, but knowing that they overcame the club that has dominated the Roscommon scene for the past decade along the way meant there was no question of getting a lucky draw, or anything like that.

For years, St. Brigid’s, and Clann na nGael for that matter, would have had an unspoken advantage in games against Pearses. That advantage was playing the role of the teams that always found a way to win, taking on the club that always seemed to find a way to fall at the final hurdle.

That tradition got inverted last Sunday week when Pearses were the club who showed poise and composure in the closing straits of their clash with Clann, and who’s to say that they won’t be able to use their guile and experience to edge out their Kiltoom opponents on Sunday?

There are other subplots, particularly at midfield. All four likely starters in that sector — Eddie Nolan, Brian Stack, Niall Daly and Conor Daly — are current county panellists and it’s possible to imagine a situation where all four start for the county in the coming year at some stage. Both units were absolutely instrumental in their respective clubs’ semi-final victories, and Eddie Nolan, in particular, will take huge heart from faring so well up against Enda Smith. If he can perform a similar role on Sunday, the potential for him to move up Anthony Cunningham’s pecking order is immense. Good news for the Dalys in October, but not now.

Then there is the question of Pearses’ form. In 2019, their biggest concern was their glass ceiling, that of breaking new ground. Now that’s less of a concern, but it’s also fair to say that Hubert Darcy and Paul Carey, their leading lights up front, haven’t hit the same high notes as they did 12 months ago. Experienced, tight marking defenders like Ian Kilbride and Niall McInerney aren’t available for selection on the St. Brigid’s side, but Peter Domican remains and is playing really well at full-back. His battle with Darcy will be critical, though it’s far less clear who will pick up Paul Carey.

If the two clubs line out as they did in the semi-finals, the responsibility will fall to Alan Daly, who will certainly have the physique. But will he have the footwork to cope if Carey gets squared up and finds a chance to drop his shoulder and go?

We know St. Brigid’s will have depth and range on the bench, and there were concerns about Pearses in that regard. But Sean Ryan, a player who has been dogged with injury in recent years, will take huge heart from his vital cameo role against Clann. He’ll have an extra pep in his step if he gets to make an appearance, as is likely.

On the flip side, there’s one option for Pat Flanagan if he needs to add incisiveness and cut — who does Benny O’Brien turn to if he needs power, or possession? Mark Daly’s injury could yet be significant, as he’d have had a key role to play if the Kiltoom-based club found themselves a couple of points up with ten minutes to go, when every kickout ball would be priceless.

Priceless, you say? Surely not, relative to the importance of every human life that we save in the battle against Covid-19, or the importance of keeping our schools open and keeping a sense of normality in children’s lives.

To that we say, pipe down, killjoy. In the story of Club Football in the time of Covid-19, it all boils down to this. The world is a terrifying, uncertain place right now, and it’s only right that we find comfort in what we know and love — and that is the beauty of two groups of players, going into battle for a prize that is in no way as important as human life, and yet they will compete for it as if it is. And we’ve never needed that more.

“I will write of my life as a footballer as if it were a love story, for who shall say that it is not? It began with my great love of football and it will end the same way,” – Ferenc Puskas.

Us too Ferenc, us too.