Covid-19: where is the virus being transmitted? 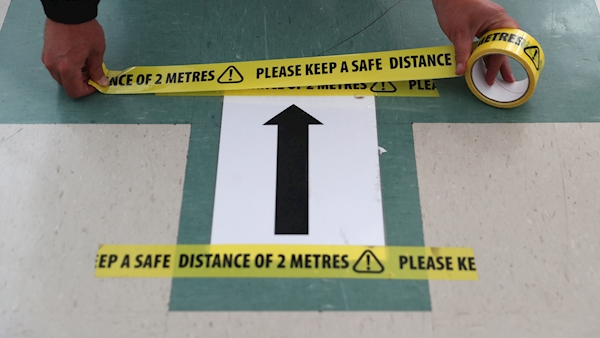 International travel accounts for just under 4 per cent of Covid-19 cases in Ireland according to data from the Health Protection Surveillance Centre.

As of September 18th, 3.59 per cent of confirmed cases in the Republic since September 5th were identified as travel related, while 11.1 per cent of cases were still under investigation as to where the probable source of the case was.

This comes as Ireland’s amended green list is due to come into force from midnight tonight.

Passengers arriving in Ireland from Cyprus, Finland, Germany, Iceland, Latvia, Lithuania and Poland will not be required to quarantine for two weeks under the new green list.

The majority of cases identified close contact with a confirmed case as the transmission source, with 55.51 per cent of people who tested positive between September 5th and 18th coming into contact with a case before testing positive themselves, representing 1,671 cases.

Just 3.39 per cent of cases identified during that period reported a healthcare setting as the transmission source, the breakdown being 1.56 per cent in patients and 1.83 per cent in staff.

The figure continually highlighted by public health experts is the community transmission rate, which was 26.41 per cent on Friday, representing cases with a transmission source within the wider community but which cannot be pinpointed exactly.

For the past week, this community transmission figure has hovered around the 26 per cent mark, increasing from 20.36 per cent on September 2nd.

Speaking earlier this week, acting Chief Medical Officer, Dr Ronan Glynn said that despite Dublin’s increased levels of Covid-19, the percentage of community transmission in the capital is largely the same as other areas of the country.