Elphin publican did not realise he should have been self-isolating 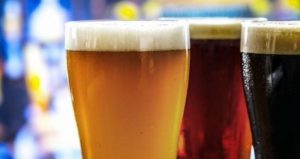 An Elphin publican is “disappointed” that a party took place on his premises and said he would not have been on the premises if he knew he should have been self-isolating while awaiting his coronavirus test result.

Gordon Murray, who has since tested positive for Covid-19, said he “can see the anger” in his local town at events that unfolded in his bar on Saturday night but assured the community he was not aware an 18th birthday party was going to take place there.

Speaking to the Roscommon Herald, Mr Murray said he was tested for the virus earlier on the Saturday and said he didn’t realise he should have been self-isolating while awaiting the result.

“That was never explained to me. If I knew that there is no way I would have been in the pub on the Saturday,” he said, adding that he has been displaying mild flu-like symptoms. “I will put my hands up and say I didn’t know I had to self isolate. If I knew I was supposed to I would not have been at the bar on Saturday,” he said, adding that he was there for no more than 40 minutes.

Mr Murray said he was not contacted in advance about a party being held at his bar. He added that he was working on his farm in the evening and arrived at the pub shortly after 10 p.m. to find around 50 to 60 people there. He said the party consisted of “around 20 people” who were sitting at about three tables. He refuted rumours that there were more people in attendance, saying he had CCTV to prove there were no more than 60 people in the bar that night.

“I am disappointed as to why this group of people arrived without contacting me, but they probably knew if they did ask I would refuse them anyway,” he said.

“I can see the anger out there; I would be angry myself.”

Asked if he requested that the group leave, he said he had “no reason to kick them out from a legal point of view”. Mr Murray said An Bothar Rua has been abiding by guidelines, asking people to provide their details when they enter. He said food was being provided by a local chipper and that people had ordered meals that night “as far as I am aware”. He said the bar closed at 11.30 p.m.

“I run a good pub here and it is a very well known and established premises. This behaviour is totally out of character,” he said.

Mr Murray said he is currently isolating away from his family. He said the HSE had given him clearance to continue with his farm work as long as he doesn’t come into contact with other people. He said An Bothar Rua is closed for the time being despite no request from the HSE to shut it.

Mr Murray said the virus has struck many communities and Elphin was going to have cases “sooner or later”.

“Unfortunately we are in a small, tight-knit community and they are quick to point the finger. It is a lesson. Shouting and roaring and making complaints is not going to help,” he went on.

“I just hope the people who have proved positive have a speedy recovery,” he added.