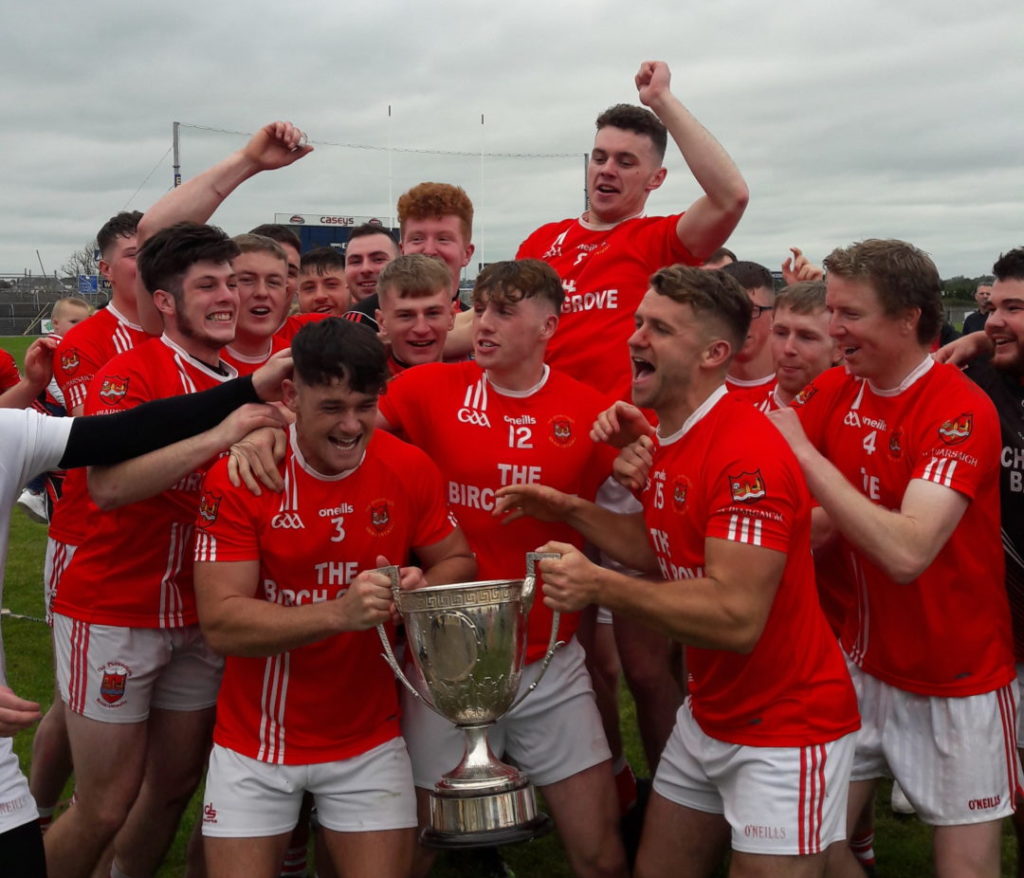 Pádraig Pearses are Roscommon senior hurling champions for the fourth time following a 2-22 to 1-18 victory against Athleague at Dr. Hyde Park this afternoon.

Pearses required extra time to see off their opponents but, in truth, they should have sealed the deal in regulation time as two frees in the eighth and ten minutes of injury time from Eamon Flanagan and Ban McGahon restored parity for Athleague, 1-13 to 0-16.

Despite losing midfielder Luke Corbett to a red card after 25 minutes, Pearses were the better team with Man of the Match Daniel Glynn hitting 0-16. Centre-back Shane Naughton was also immense for Shane Sweeney’s side, particularly in extra time when he helped snap Athleague’s resistance.

Robbie Fallon’s goal in the 59th minute, when he flicked Cormac Kelly’s long delivery to the net, kickstarted Athleague’s revival but they had no answer to Pearses’ perseverance and purpose in extra time.

Oisín Kelly grabbed Pearses’ first goal of the final in the 72nd minute and when substitute Darragh Finn added a second a few minutes later, the South Roscommon men could finally relax in the knowledge that the Mickey Cunniffe Cup was coming back to Woodmount for the first time since 2017.