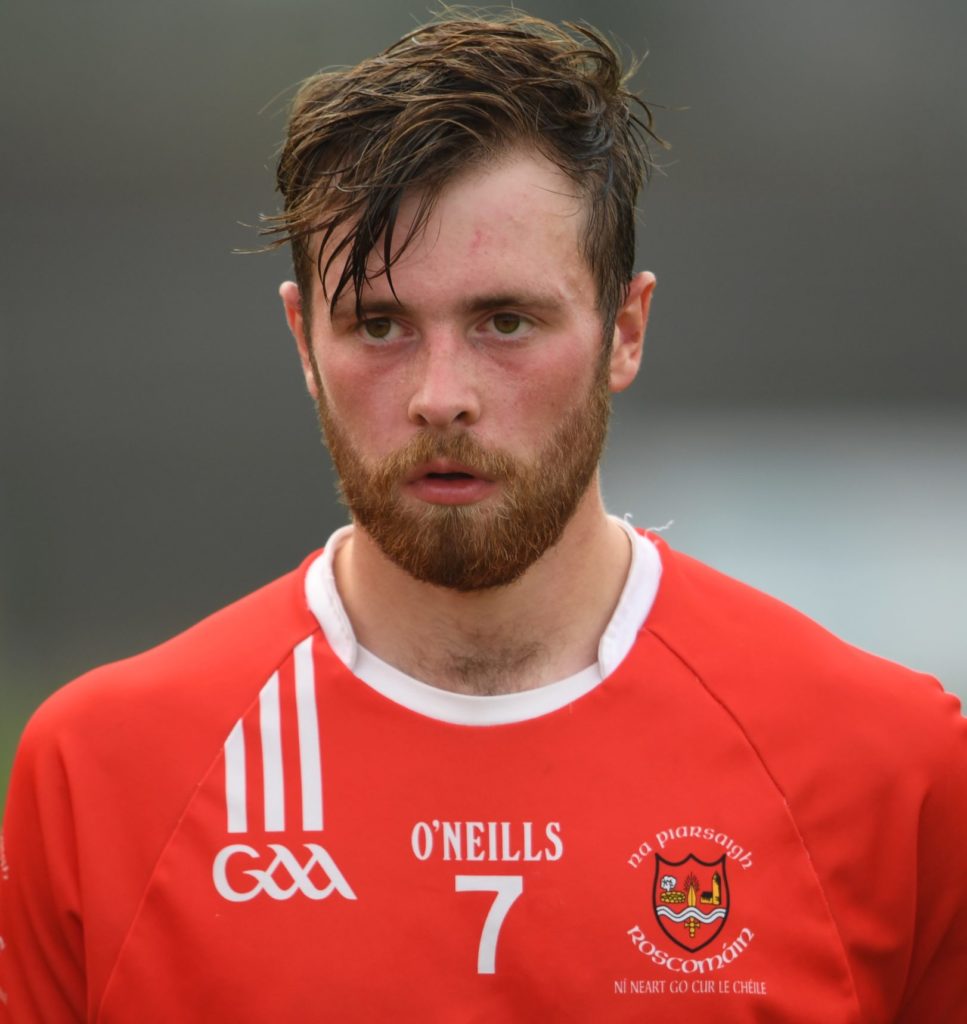 Matt Comerford scored what turned out to be the winning point for Pádraig Pearses in their county semi-final victory against Tremane.

KEVIN EGAN argues that despite Athleague’s dethroning of Four Roads, Pádraig Pearses won a higher quality semi-final against Tremane, and that makes them the slightest of favourites for this afternoon’s eagerly anticipated Roscommon Senior Hurling Championship final…

To fully understand poetry, we must first be fluent with its meter, rhyme and figures of speech, then ask two questions: how artfully has the objective of the poem been rendered and, secondly, how important is that objective? Question one rates the poem’s perfection. Question two rates its importance.

Eagle-eyed readers of the Roscommon Herald will recognise the above passage from the film “Dead Poets Society”, as the introduction to Dr. J. Evans Pritchard’s book “Understanding Poetry”. In the film, the protagonist — Mr. Keating, played by Robin Williams — urges his students to rip out the page containing these words, describing them as “excrement”.

The students of the fictional Welton Academy do exactly that, but if Dr. J. Evans Pritchard was real, his approach could prove insightful when applied to the Roscommon senior hurling semi-finals, and assessing how each team is prepared for today’s final in Dr. Hyde Park at 1 p.m..

In terms of importance, it stands to reason that Athleague’s win over Four Roads would score more impressively than Pádraig Pearses’ one-point victory against Tremane. After all, Athleague became the first team in 13 years to beat Four Roads in a championship semi-final.

In the process, they shook off all the mental baggage that might have been stored as a result of the double-scores defeat they suffered in last year’s final, and they did it in a game where they effectively had to beat Four Roads twice — once in normal time, and again in extra time when their late lack of concentration allowed Joe Mannion’s side restore parity.

Padraig Mannion and his players will take huge heart and confidence from that win, and since it was only their second truly competitive game of the summer, it stands to reason that their hurling will improve on the back of it as well.

However now let’s look at the two performances in terms of perfection, and here is where Pearses may have the upper hand. A scoreline of 3-22 to 3-17 after extra time looks like the real deal, particularly in modern hurling where it’s all about racking up monster scores. But in terms of basic errors, the count (from both sides) was far higher in the first game than in the second one.

Simply put, Four Roads put in a dreadful performance, with most of their team hurling way below the high standards they have set for themselves. High catching, controlled distribution and passing, actually creating good scoring chances as opposed to just hurling off the cuff and hoping things will happen — all of these key measures would point to a higher standard of hurling in the second of the two semi-finals.

Even if we strip away extra time, Athleague conceded two goals in the game, both eminently preventable in the sense that the first chance was missed, and yet Athleague failed to clear their lines.

Pádraig Pearses could have done very little more to prevent either of the two goals they conceded, both of which were right out of the top drawer. When it came to creating goal chances, Athleague definitely performed better, though in every instance it was their pace that created the opening — Shane Sweeney won’t allow his team to be as vulnerable in the event of one player breaking a tackle.

Pearses didn’t really give Tremane another sniff of goal after their two first-half concessions, while Athleague were fortunate that Four Roads missed three gilt-edged goal opportunities, with David Connell performing heroics to keep his side in the game.

There was also a real sense that when it came to fitness, Four Roads just fell away in the face of the greater energy and pace of their opponents. That won’t happen to either side in this final as both teams look strong, sharp, and with good options on the bench to freshen things up.

So, in the eyes of J. Evans Pritchard, Pearses’ semi-final win was the more impressive, Athleague’s was more important.

The second problem for Athleague is that knocking over county champions in a semi-final is often a double-edged sword. Taking confidence from the win is one thing. Yet, as an old coach of mine once said about this situation, it’s very hard to climb a mountain when, in your head, you already feel like you’ve the hard work done.

It doesn’t matter that Four Roads in 2020 were barely recognisable from the team that crushed both of next Sunday’s finalists in big knockout games a year ago. The club’s reputation and history means that it will be impossible for Athleague to erase the sense that they are 75 per cent of the way home already.

In 2017, Galway beat All-Ireland champions Tipperary in the semi-final 0-22 to 1-18, thanks to Joe Canning’s memorable winning score from out on the sideline, and they went on to beat Waterford in the final. That was the first time since 2002 that a county knocked out the reigning All-Ireland champions before the final and went on to win the big prize themselves, in either football or hurling. You’ve to go all the way back to 1996 to find the last time it happened in football, the year that Meath edged out Dublin by 0-10 to 0-8 in the Leinster final.

If Athleague were comfortably the better side in this battle, then maybe they might overcome that handicap. Some would argue that Galway were some distance the better team than Waterford in ’17, which is why they prevailed, despite having “climbed the mountain” already.

Yet it’s impossible to split the two sides in terms of ability. In the extreme lines at either end of the field, Athleague might have a slight advantage, though that’s mitigated somewhat by the likely return of David Loughnane to the Pádraig Pearses set-up. Yet in the middle third, particularly in their midfield and half-back units, it’s hard to see Athleague getting the better of Pearses.

Under normal circumstances, this would be a very tough game to call. But when one looks at the quality of the two semi-finals, and strips away the emotional significance of knocking out Four Roads, the needle starts to point towards Pearses that little bit.

Not a lot, but enough to get the nod for what should be a fascinating final that will feature a strong contrast in both style and mentality.