€54 hike in electricity bills is ‘unjustifiable’ 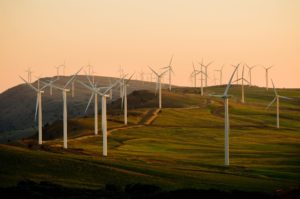 The €54 hike in electricity bills from this Thursday has been described as “completely unjustifiable” by local TD Denis Naughten.

Under a decision taken during the summer by the Commission for the Regulation of Utilities (CRU) electricity bills will go up by €54 per year from 1st October. The move is aimed at subsidising the cost of generating renewable electricity, primarily from wind through a Public Service Obligation (PSO) levy.

The PSO Levy  is a charge that all electricity customers in Ireland must pay on their electricity bill. Until this year it was used to subsidise the cost of burning peat as well as producing renewable energy. The PSO levy is currently €2.84/month (before VAT) and this will rise to €6.52 a month (before VAT) from October 1st, 2020.

Deputy Naughten said there are “hidden” details in the CRU’s decision, that mean 83MW less renewable electricity will be generated.

“The levy is set to increase by 140 per cent, yet this will subsidise the generation of electricity for 44,000 less homes over the next 12 months,” Deputy Naughten said.

“This perverse twist to the hike in electricity bills needs to be outlined in detail by the regulator, CRU, and I have now written to Deputy Brian Leddin, Chair of the Dáil Committee on Climate Action, requesting that the regulator be hauled before the committee immediately to explain why families are facing such hikes,” Mr Naughten said.