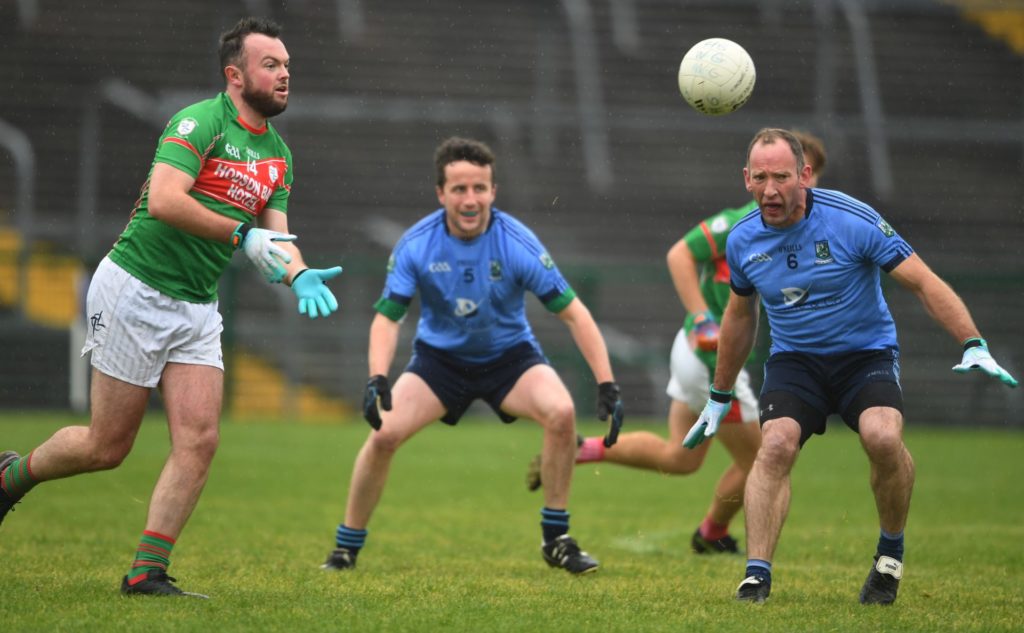 St. Brigid’s and Clann na nGael will contest this year’s Junior A football championship final on Sunday next following their semi-final victories in tough conditions at Dr. Hyde Park this afternoon.

Clann na nGael controlled large tracts of their contest against Pádraig Pearses, winning by 3-6 to 0-5.

It took Niall Shine’s side time to settle but wing-back Paddy Gavin’s contribution of 1-1 just before half time was crucial.

Despite playing against the wind in the second half, Clann’s experience shone through, and when Gavin skipped through the Peasrses defence for his second goal after 50 minutes, there was no way back for the Woodmount-based side.

In the first of today’s semi-finals, two goals from Tom O’Carroll and another from Ciarán Reilly gave St. Brigid’s a comfortable 3-11 to 0-7 victory against Western Gaels.

Brigid’s had the wind and rain at their backs during the opening half, and O’Carroll’s sixth minute goal, after Western Gaels messed up a short kickout, was a defining score in helping Eddie Nestor’s side establish a 1-8 to 0-1 interval advantage.

Points from Niall Murray and Stephen Ryan hinted at a Western Gaels revival at the start of the third quarter. But when O’Carroll pounced for his second goal of the game just before the second-half water break, any notions of a Western Gaels comeback were quashed.

There was still time for Ciarán Reilly to grab a third St. Brigid’s goal with seven minutes remaining as the prospect of another county title, to add to the senior and minor silverware already tucked away in the trophy cabinet in Kiltoom, appeared on the horizon.