Rossies to travel to Armagh and Cavan as planned 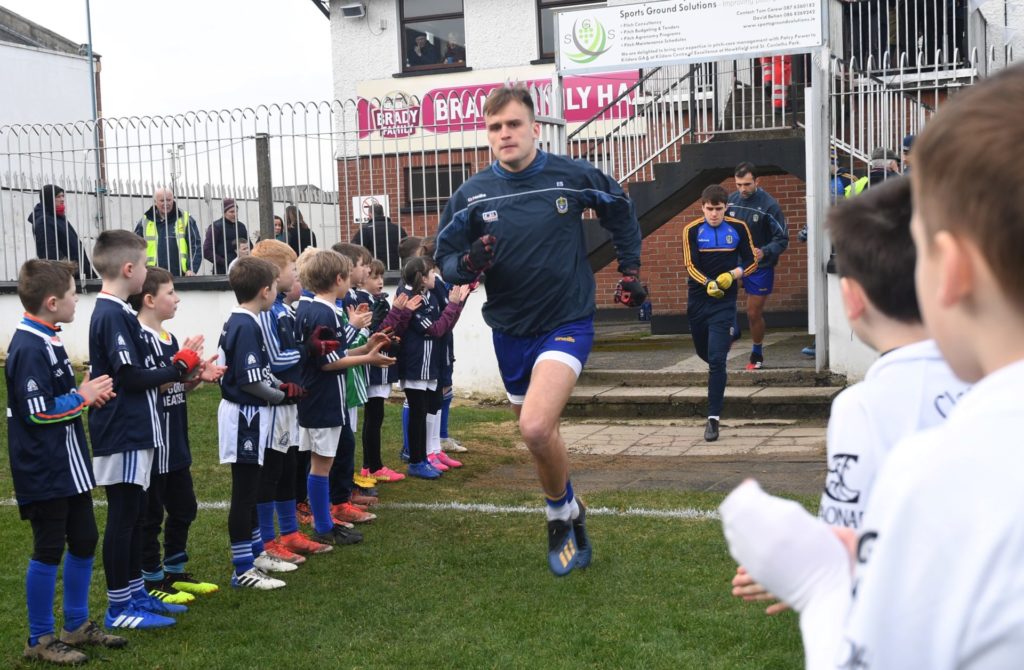 ON THE ROAD AGAIN: Captain Enda Smith leads the Roscommon team out for their league game against Kildare in Newbridge earlier this year.

The Roscommon senior footballers’ remaining Division Two League games against Armagh and Cavan will take place following a virtual meeting of the GAA with county board chairpersons this evening.

The meeting heard that the remaining two rounds of the Allianz Leagues will go ahead as planned, as well as the U-17 and U-20 championships, despite the deteriorating Covid-19 situation across the island.

Anthony Cunningham’s charges will travel to the Athletics Grounds, Armagh, on Saturday week, October 17th for a 5.30 p.m. throw-in, which will be followed by a trip to Cavan a week later. A win in either game will, most likely, see Roscommon promoted to Division One in 2021.

The Armagh game on Saturday week will be broadcast live on RTÉ but it remains to be seen if any supporters can attend the game. Under current restrictions in Northern Ireland, up to 400 people can attend a GAA match.

Under Level 3 restrictions in the Republic of Ireland, all games must take place behind closed doors.

A proposal from some counties to have their league games played at neutral venues in light of the worsening Covid-19 situation, particularly in Northern Ireland, was turned down by the GAA’s hierarchy who argued that moving the games to neutral venues would upset the integrity of the competition.