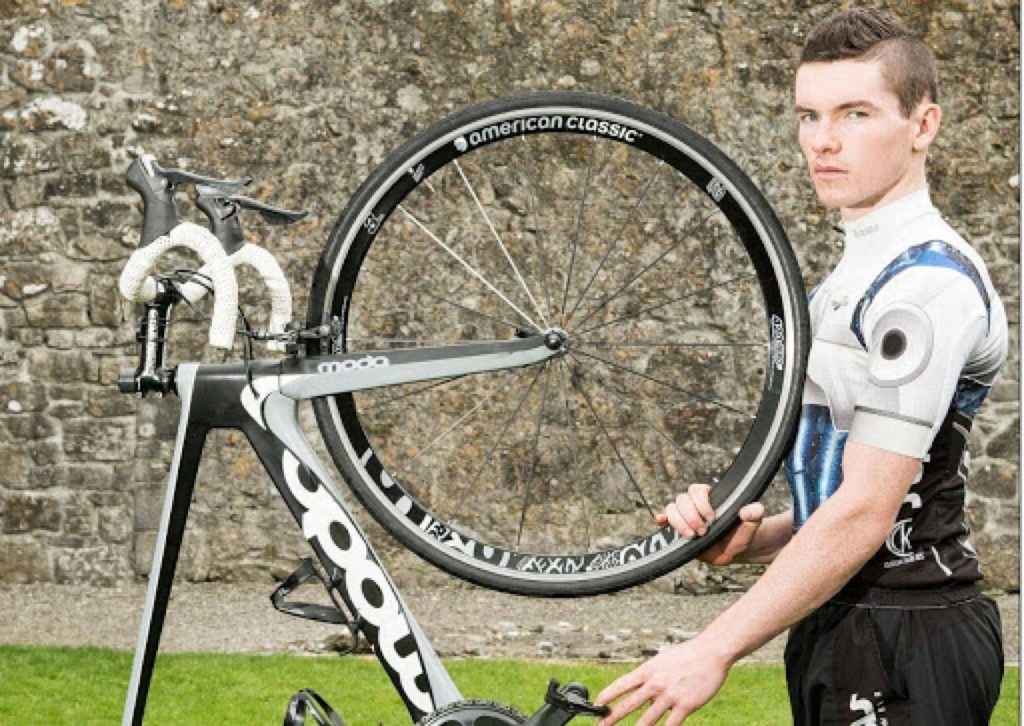 A puncture may have cost him his dream of winning the National Championships last weekend, but Donamon cyclist Daire Feeley remains very satisfied with his 2020 campaign, and hopes to build on his success into 2021.

“Nine wins and four second place finishes, you’d have to be happy with that,” he told the Roscommon Herald after last Sunday’s race in Limerick, where a first lap puncture meant that he had too much ground to make up on eventual winner Ben Healy.

“I lost about a minute with the puncture and it was never realistic to make that up, but that’s just part of racing — it could happen to anyone,” reflected Feeley.

With two races left on the Irish calendar, both in Galway, Feeley has an insurmountable lead in the National Riders Rankings, thanks to his incredible run of successes in 2020. As a result, his focus is now switching to further down the road.

“I’ll take two weeks off, as much for the mental break as anything, but then it’ll be straight into the off-season, and that’s when most of your training work is done.

“It’s like a pyramid, the broader the base, the higher the peak, so there are a lot of things I’d like to achieve over the winter. I tend to win my races out in front. I don’t really have the same snappy, sprint finish as some others, so I’d definitely like to work on that.

When competition resumes, Feeley says his targets for the year will be hugely dependent on what events takes take.

“A lot of big races didn’t happen this year as a result of Covid-19, most notably the Rás Tailteann. (what many people would know as the An Post Rás). If that takes place as scheduled in 2021 then that would certainly be an event I’d like to try and win, but right now everything’s up in the air so all I can do is look after my training in the off season and see then what’s possible in the New Year.

“I’m only 23, there’s a lot of room for improvement still, and this is the time of year to try and make it happen,” he concluded.