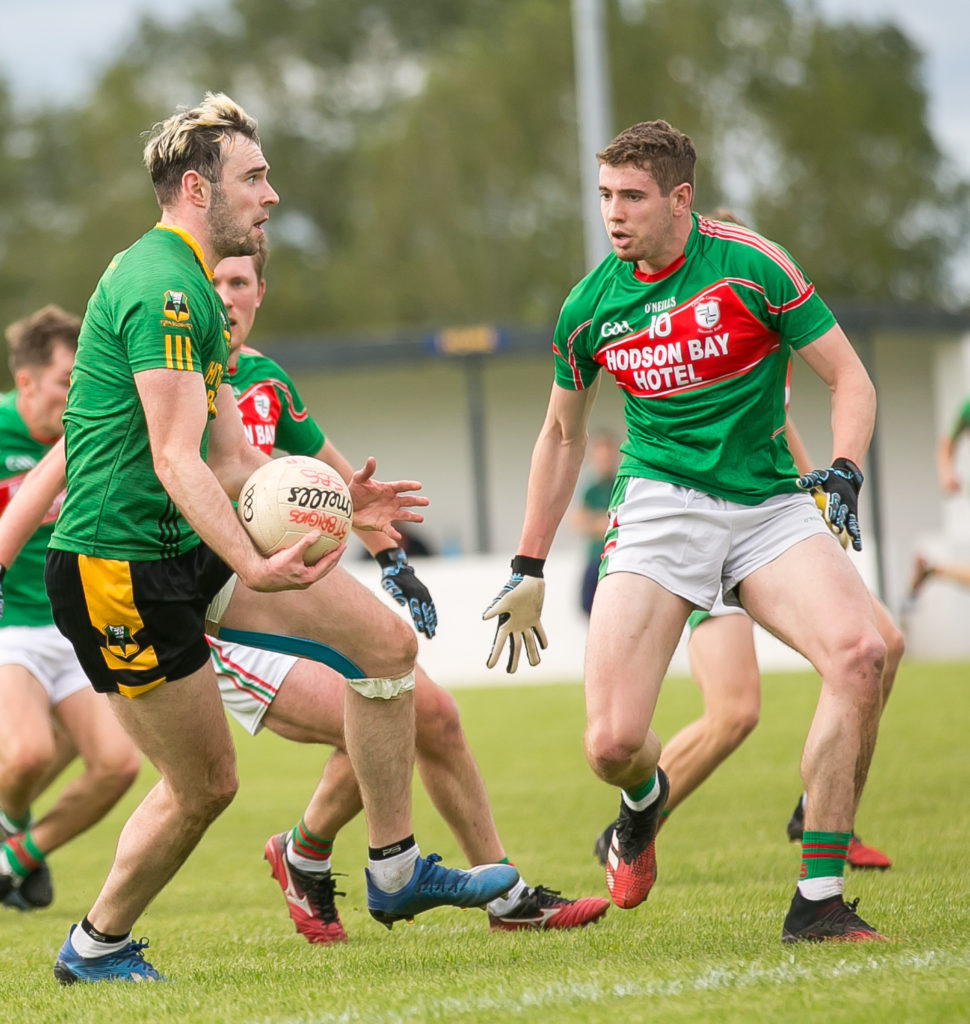 Now that the dust has settled on this year’s senior football championship, here’s Willie Hegarty’s Team of the Season…

The only goalkeeper not to have conceded a goal in this season’s senior and intermediate football championships.

The Roscommon Gaels number one kept four clean sheets and was impressive in every game he played. One area of vast improvement this term was his kickouts as he looked very assured and confident.

His return to Clann colours brought assurance, confidence and a competitive element to his side’s defence, which improved as the championship moved through the gears.

It would have been very interesting to see how Clann would have handled St. Brigid’s devastating forward unit if Liam Kerins’ men had made the decider.

Roscommon football will be the winner with Feargal Lennon back in the grove and injury-free.

The older the fiddle, the sweeter the tune.

St. Brigid’s were making the headlines for their attacking prowess, but Peter Domican’s experience, guile and ring craft kept the back door firmly closed.

Like a vintage wine, he is getting better with age.

He may have had his hands full in the county final as Pádraig Pearses tried to dampen St. Brigid’s wildfires, but Butler, as he always does, had delivered solid, assured performances for Pádraig Pearses up to that point.

Failing to break that semi-final barrier will leave plenty of disappointment in Boyle this winter but McGrath enjoyed a fine championship, covering more ground that the Cheltenham Gold Cup winner.

Daly made centre-back his home for 2020 and ended up scoring 0-8 in the championship, becoming Padraig Pearses’ third highest scorer on their way to the final.

He closed off so many attacking avenues for the opposition alongside getting forward to kick some excellent scores.

Who had heard of this dashing wing-back before the championship commenced? By the finish, however, he was hot news.

McGrath caught the imagination of supporters with his outstanding displays, embellishing each championship encounter with energy and enthusiasm, and by matching his defensive and attacking duties with the style and panache.

It was a tough call to split the St. Brigid’s midfield partnership, with Brian Stack losing out and Boyle’s Enda Smith also in the running.

But Cathal Shine gets the nod in the engine room.

While Cathal will realise that he could have taken better options during the closing moments of his side’s semi-final defeat to Pearses, overall, the Clann midfielder enjoyed an impressive championship.

Can Eddie Nolan do the same for Roscommon as he did with St. Brigid’s this summer? If so, then Anthony Cunningham will have stumbled upon a winning lottery ticket.

The Michael Glaveys player scored 1-17 in the championship, beating strong competition for the number 10 slot.

He was like a plumber trying to fix leaks in the Glaveys set-up as a result of key injuries to team-mates. As always, he came up trumps.

A delight to watch when he’s in the mood as he can turn an ordinary ham sandwich into a picnic full of treats with his magical left foot.

Some of the scores he kicked were in the sublime category.

If his current trajectory continues, this St. Brigid’s flyer will develop into a key weapon for both club and county.

It was only proof of his birth that convinced people he was only 17 years of age, such was his sparkling displays over the summer.

He’s equally at home on a rugby or hurling field, but if he sticks with football, he has all the qualities and ability to become a serious player.

He was swimming against the tide in his four games for St. Croan’s, but the talented forward never threw in the towel.

For 40-odd minutes against Boyle in the quarter-final, he was guiding St. Croan’s to a massive upset until normal serviced resumed and Boyle pulled through.

With limited possession, he scored 1-23.

Lennon led the scoring charts from the opening day, after blasting 1-7 against St. Brigid’s, until the final moments of the championship until Brian Derwin won a photo finish by one point.

The Clann forward decided to back himself in 2020. His game improved dramatically as a result — good hands, unselfish runner, team player and sharp shooter.

A Fahey Cup winner, a county final Man of the Match award and the Golden Boot after hitting 2-24 over six games.

The talented St. Brigid’s forward got better by the game. The biggest compliment that can be paid to him is that he made a resolute and teak tough Pádraig Pearses defence tremble with fear when he was on the ball in the county final.