Castlerea GP believes Level 3 restrictions ‘may not be enough’ 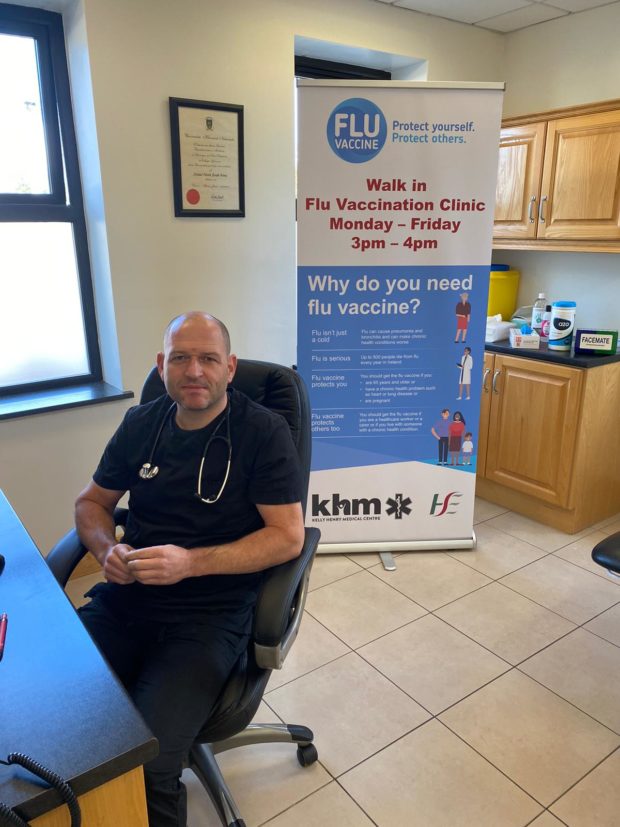 The continued rise in Covid-19 cases across the county is a major cause for concern among local GPS.

In Castlerea Dr. Michael Henry believes that Level 3 restrictions may not be enough to get the situation back under control.

“I would be surprised if we don’t have to go further up the level of restrictions. It (the virus) definitely isn’t going in the reverse direction. Level 3 has only stabilised Dublin but it hasn’t reduced the numbers,” he said.

The revelation that the National Public Health Emergency Team (NPHET) recommended Level 5 restrictions be imposed nationwide, was the “wake up call” that was needed, Dr Henry added.

“I think the benefit of the controversy is it is a jolt to the public and it is a wake-up call. Definitely looking around I think the effort was drifting a little bit. People had begun to relax a little bit compared to say during the lockdown and immediately after it,” he said.

The visible presence of the Gardaí will help to make people “realise that we should be uneasy about this whole scenario”, he added.

“That should spur on better preventative measures for the whole public,” he said.

Meanwhile, in relation to the flu vaccine, he says that uptake has also been high and the Kelly Henry Medical Centre ran out of its first batch of 500 vaccines within the space of five days.

“There was pent up demand out there among people who would traditionally get the vaccine and then there was a number of first-timers,” he said, adding that the vaccine stock is to be replenished every fortnight.

He said the increased demand for the flu vaccine is “among all groups” and not just those who are vulnerable to viruses.

The centre runs daily walk-in “vaccine clinics” to make the process as efficient as possible.

“That obviously worked too well because we went through over 500 vaccines in five days,” he said.

While the influenza itself causes an annual strain on the HSE, this year it could clog up the coronavirus testing system.

“There will potentially be confusion. A lot of the flu symptoms overlap with Covid,” Dr Henry explained.