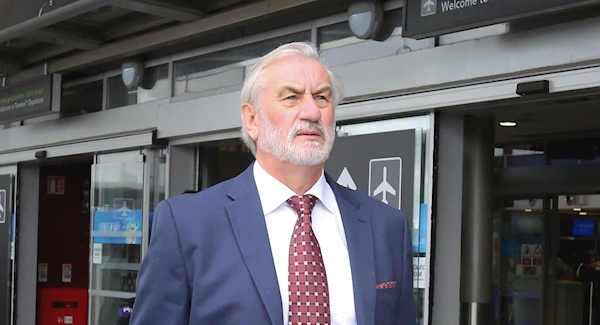 Kieran Mulvey has been reappointed as chairman of the board of Sport Ireland for a further two years, until September 30th, 2022.

The announcement was made today by Minister for Sport Catherine Martin and Minister of State Jack Chambers. They also gave approval for the contract of chief executive John Treacy to be extended until December 31st, 2021.

Minister Martin said: “Sport Ireland’s role in supporting the sport sector and leading the development of sport has never been more crucial than at this present time. Sport Ireland has proven itself to be resilient, agile and responsive over these past seven months, and that is a testament to the agency’s leadership. I felt it important that the experience and expertise brought by Mr Mulvey as Chairperson and Mr Treacy as CEO are retained to support the sector through the Covid-19 pandemic.”

Minister Chambers said: “As Chair and CEO of Sport Ireland, Mr Mulvey and Mr Treacy have steered important changes in the governance of sport in Ireland as well as supporting the sector to achieve numerous successes and increasing participation in Sport. They are continuing to deliver critical supports for the Sport sector through the exceptionally challenging times, posed by the COVID-19 pandemic, which will continue into 2021. I look forward to continuing to working closely with them as we navigate this difficult period”.

The Ministers have also approved the appointment of the following Board members: