Roscommon have two shots at promotion 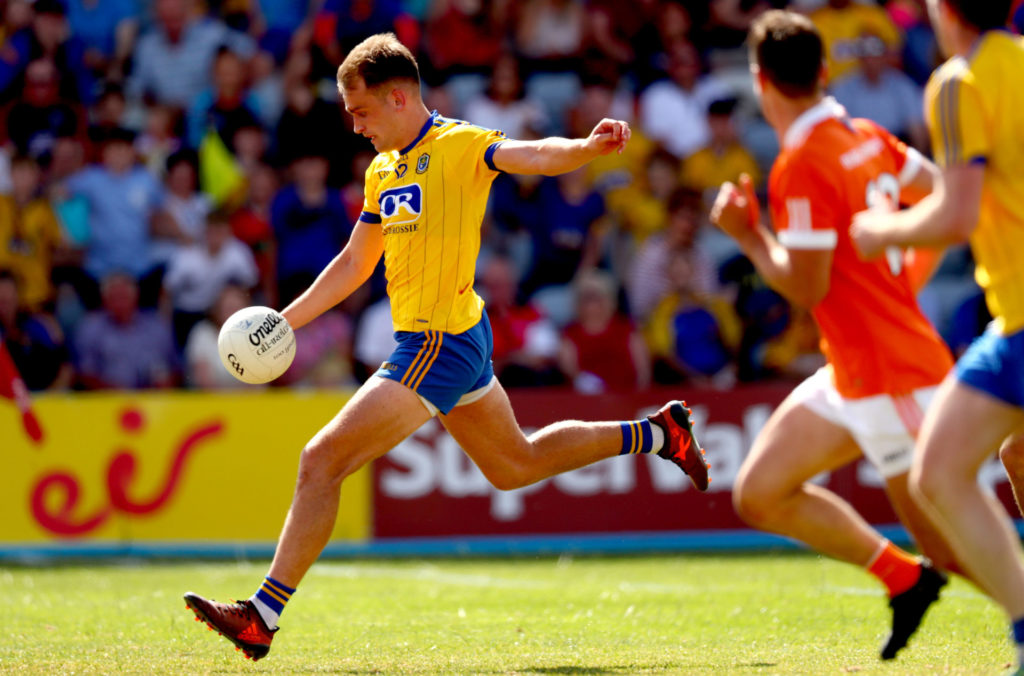 Enda Smith sends the match-defining goal to the back of the net against Armagh during the sides’ All-Ireland Football Qualifier in 2018. Picture: INPHO

GAA Project Restart is like being thrown in at the deep end — no one knows what to expect as senior intercounty football action resumes next weekend with the penultimate round of national football league.

It’s over seven months since counties played a competitive game and it be very interesting to see how players hit the ground after coming out of their respective club championships, which had no interference from county set-ups.

During the latter stages of the club championship, it was obvious that the Roscommon players appeared fresh, relaxed and displayed a real appetite for the game. Crucially, they were playing well, which poses the serious question of how quickly they can be integrated into an intercounty environment.

Roscommon will have two bites of the promotion cherry away to Armagh (tomorrow evening) and Cavan in the space of seven days, which will conclude a tough closing furlong to Division Two.

One real plus for Roscommon is that, unlike other counties, they can go full tilt for their final two league games as they have a two-week break before their Connacht championship semi-final against either Mayo or Leitrim now that the London assignment is off the radar.

It’s crucial that Roscommon have promotion to aim for as a return to top flight football would mean Division One football for the fourth time in six years, confirming the Rossies’ standing as a top eight side.

If Roscommon can secure a seat in Division One then, in my opinion, anything that happens in the championship will be a bonus. Knowing that Roscommon will be playing the top teams in the league in 2021 would be so important. The feeling of playing elite league football would be hugely beneficial for players, management and supporters, if the Covid-19 situation improves.

This year’s championship will be strange. A once-off shot at glory in empty stadiums during the winter will test players’ motivation and hunger but they have done it at club level with gusto and drive.

Counties have two league games to prepare for the race towards All-Ireland glory. After that, it will be open house, with casualties falling on a weekly basis.

For supporters, at least, the GAA’s leagues and championships will help to shorten what is expected to be a tough winter on the health and economic front.

Armagh is a challenge in more ways than one with the Covid situation north and south of the border. If Roscommon emerge with a precious win, it be a superb achievement in a game that, realistically, both sides have no idea how they will perform as they try and find their way out of a dark room.

However, both teams know that a victory on Saturday evening could be the launching pad for further success over the coming weeks.