Rossies prepare for journey into the unknown 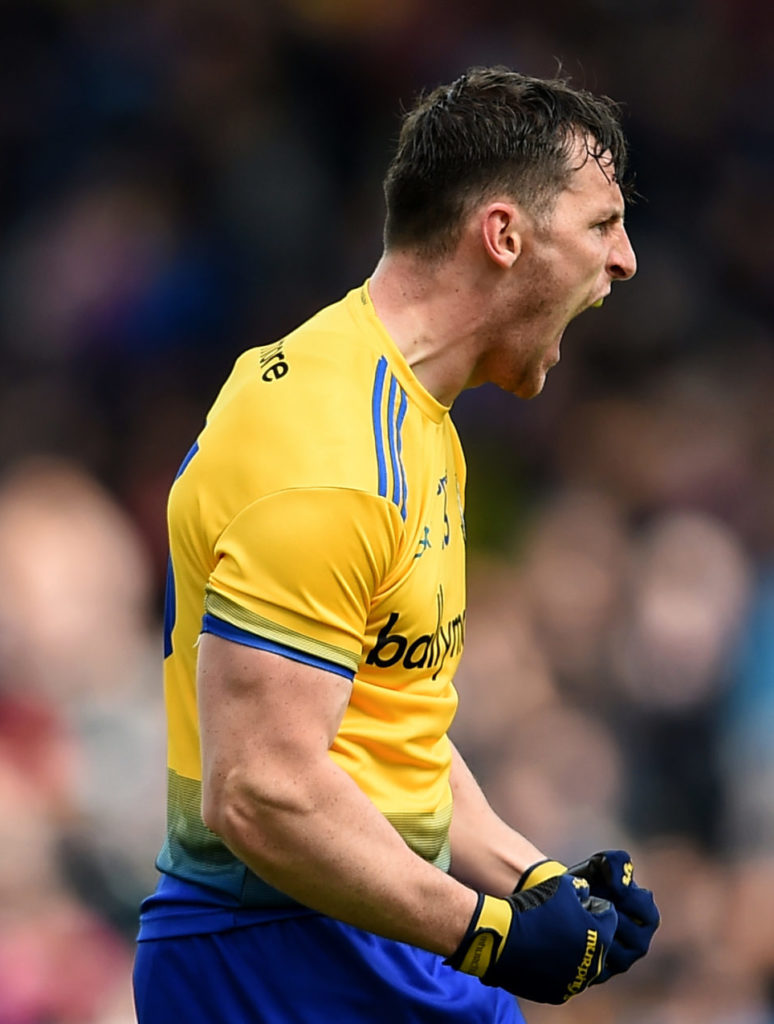 Will Diarmuid Murtagh and Roscommon be celebrating against Armagh on Saturday evening?

The contrast could hardly be greater. Ireland was in the middle of a heatwave. Fires raged on the Sliabh Bloom mountains as Armagh and Roscommon supporters flocked in their thousands to O’Moore Park, Portlaoise, on July 7th, 2018. A pulsating match — one of the games of the year — saw Enda Smith’s two goals edge the Rossies to a memorable 2-22 to 1-19 victory that opened the gateway to the Super 8s festival of football.

The two teams meet for the first time since that baking hot afternoon in County Laois on Saturday evening, and the landscape couldn’t be more transformed. This time, the flames are being fanned by a global pandemic that is threatening to run riot, just as it did in March when both these teams were flying high and favourites to edge the promotion race for Division One football in 2021.

Over seven months later, and both teams will resume their respective campaigns in the most surreal circumstances. The stands and terraces will be silent, which, one would imagine, will benefit the away team — not that Roscommon supporters have ever been too shy about expressing their emotions around the playing fields of Ireland.

Some of the “Primrose and Blue’s” greatest league triumphs with this group of players have been on the road, none more so than the victory in Newbridge earlier this year when Roscommon confirmed that they were over their early-season blip which left them playing catch-up after drawing against Laois and losing to Fermanagh.

Since then, victories against Clare, Kildare and Westmeath have catapulted Anthony Cunningham’s men into a position where one win from Saturday’s joust with the Orchard County or the trip to Cavan seven days later will, more than likely, secure promotion. Irrespective of how people’s lives have been turned upside down since March, that’ the carrot still dangling in front of this team.

But there’s nothing to go on. There’s no shred of evidence to be deciphered, except to believe that Roscommon have been training away diligently for over a month now. However, as we have seen with successful teams in the club championships, it’s the work done during lockdown that will probably stand to various sides, which managed the unusual circumstances better, over the coming weeks.

What Roscommon have going for them is that the injury crisis that threatened to derail their campaign in January and February has now abated. Apart from Mark Richardson (knee) and Richard Hughes (hamstring) who will be sidelined until next spring, Anthony Cunningham has a full hand to choose from, including the return of the Murtagh brothers — Ciaráin and Diarmuid.

It’s an exciting prospect — to think that Roscommon finally have all their big guns, liked a coiled spring, ready to heighten the competition for places within the panel. Despite all the success that this team have enjoyed, the number of quality players lost between different seasons has been a crippling factor in potentially bringing this squad to the next level. Yet, if Roscommon could nail down promotion, we might finally see if survival, and ultimately consistency, at the highest level is more realistic with everyone on board.

Some of them have just returned from serious injuries, so to expect them to seamlessly fit back into an intercounty set-up and start pulling up trees over these two league games is a little far-fetched. But at least they’re available for selection, which is a headache that Anthony Cunningham, Mark Dowd and Iain Daly will be only too glad to nurse over the coming months.

And so back to the uncertainty. Saturday’s match day routine will be different. As per guidelines, Roscommon will travel on two buses with their entourage. It will be a case of getting into the Athletic grounds, getting the job done and coming home as quickly as possible.

As much as it’s hard to know what to expect from Roscommon, Armagh appear to be even further away from shore in this sea of uncertainty. How has the news that “a number” of their panel tested positive for Covid-19 affected their preparations? The Orchard County’s county board announced on October 2nd that collective training was suspended. The impact will only be visible when the ball is thrown in on Saturday evening. Yet, their silence since the Covid outbreak has been deafening, indicating that the sternest of challenges awaits.

From the outside looking in, it appears that Roscommon have every chance of winning this game, given the disruption to Armagh’s preparations and the strange atmosphere in which this match will be played in.

Yet, these aren’t normal circumstances, and there will be league matches next weekend where plenty of eyebrows will be raised and heads will be scratched when results light up television screens, phones, tablets and laptops around the country.

It may well happen in the Athletic grounds where what should be a close game turns into one side running away with it.

In that regard, it is time for experienced heads to influence proceedings through proper game management. Given that Roscommon’s reserves in this department have been replenished, perhaps Anthony Cunningham’s side get a tentative vote.

But one thing is for sure. Armagh won’t be long letting Roscommon players know that intercounty action has resumed in earnest.

The Rossies have two shots at promotion in seven days. Getting the job done at the first attempt would be the more advisable route to take, giving everyone with Roscommon blood a huge lift in the process.