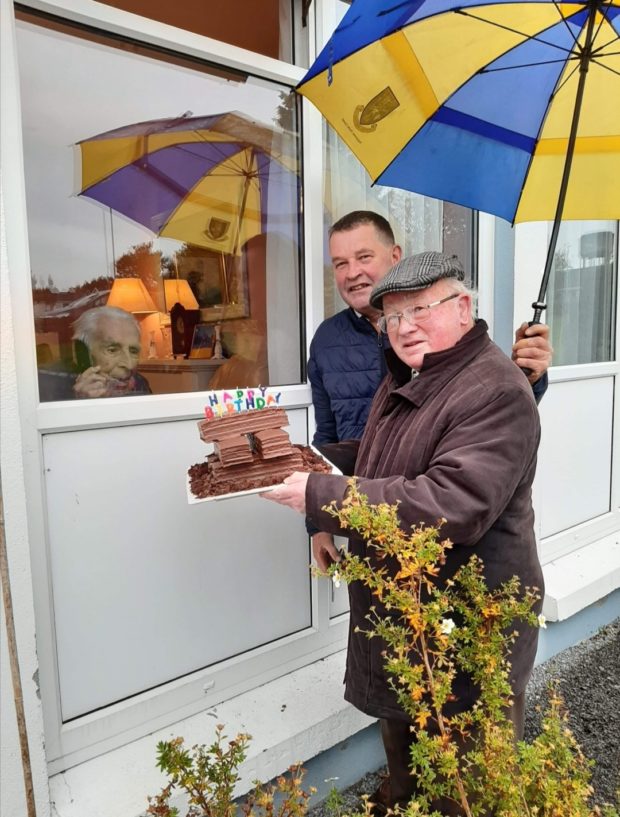 Danny Burke and Cllr Paschal Fitzmaurice with a special cake for Fr. Peter in the shape of sods of turf.

To mark the special occasion Danny Burke, Jacinta Beatty and Cllr Paschal Fitzmaurice went to visit him to wish him a very Happy Birthday through the window of the nursing home.

Fr. Maloney, who spent many years on the missions in India, has been a member of Castlerea Rose Festival for many years and on behalf of the festival, Danny and Cllr Fitzmaurice wished him a very Happy Birthday and many more years of health and happiness.

Also to mark the occasion a party was arranged with his fellow residents. There were two cakes for the occasion, one with 95 candles lit which the staff presented to him. As no visitors are allowed into the nursing home the second cake, which was chocolate cake in the shape of six sods of turf, was brought outside by staff members and given to Cllr Fitzmaurice, Danny Burke and Jacinta Beatty who held it up at the window and sang Happy Birthday to him. Fr. Maloney’s love for the bog is legendary. He is in great form, hail and hearty and he said that he is looking forward to five years time when he hopes to receive the cheque from the President of Ireland. For many years he was a valued member of The Castlerea Rose Festival, The Wheelchair Association and Arm Residents Association. Here’s wishing him many more years of health and happiness. 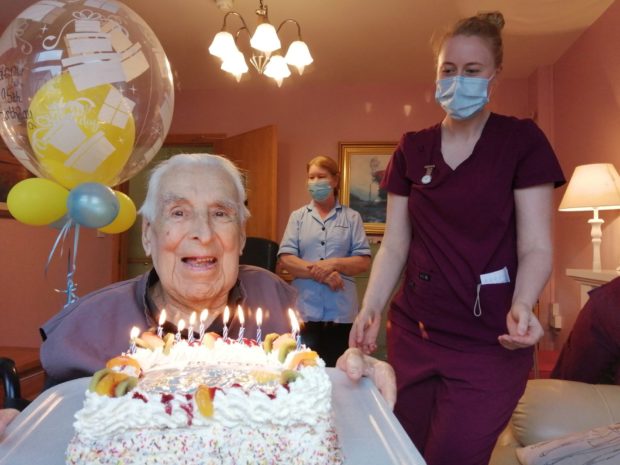