How does the Formula One future look for Lewis Hamilton? 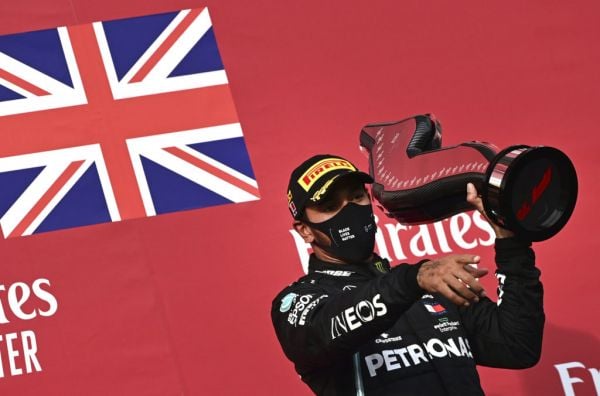 Lewis Hamilton sparked intense speculation about his Formula One future on Sunday when he claimed there is no certainty he will be in the sport next year.

Hamilton, who could secure his seventh world championship in Turkey next weekend, is out of contract with Mercedes at the end of the campaign.

Here, the PA news agency looks at the questions surrounding his next move.

Could Hamilton really quit Formula One?

All of the elements aligned on this momentous day. Mercedes just claimed their 7th Constructors’ Championship! 🏆 To everyone back at the factory grafting away and continuing to push and innovate. You guys are the true unsung heroes. Let’s continue to make history together🙏🏾 pic.twitter.com/LB9HTg8Zq7

On the face of it, it appears inconceivable that Hamilton will retire. The 35-year-old Briton is dominating the sport – his latest win at the Emilia Romagna Grand Prix in Imola moved him to within striking range of emulating Michael Schumacher’s record of seven titles – and his Mercedes machine is the best in the business.

An eighth title is likely to follow next year. Hamilton says Formula One’s “afterlife” appeals to him, but while he has irons in different fires – most notably fashion, music and his environmental crusade – will any of those really replace the real love of his life; motor racing? It is unlikely.

So, why has a new deal not been reached?

Mercedes team principal Toto Wolff insists there hasn’t been enough time to thrash out revised terms during this Covid-disturbed year. More recently, Wolff claimed he does not want to risk derailing Hamilton’s title challenge by prolonged physical contact with his star driver increasing the chances of contracting coronavirus.

Hamilton has said he is uncomfortable negotiating a new contract during a pandemic. Both parties have indicated that it will not be a long process. But if it really was that easy, why are we approaching the final weeks of 2020 clouded in uncertainty?

Could Hamilton go to another team?

Hamilton has toyed with the idea of ending his career at Ferrari but both seats are taken for 2021 with Carlos Sainz leaving McLaren to replace Sebastian Vettel and partnering Charles Leclerc. Red Bull look set to drop Alexander Albon but the chances of Hamilton teaming up with Max Verstappen are virtually nil. It really is Mercedes or bust.

Are there any obvious hold-ups?

Formula One’s proposed new driver salary cap – which if it comes into effect in 2023 – could significantly impact Hamilton’s future earnings.

The Briton currently takes home £40million-per-season but, under new plans, teams would be limited to spending £22m-a-year on both of their drivers.

Mercedes insists the proposed rule is not impacting current negotiations, but could it be weighing on Hamilton’s mind? Another factor is how long Hamilton wants to continue in F1 for, while Wolff’s future is also uncertain.

The Austrian, who has overseen the team’s remarkable run of success – which culminated in a seventh straight constructors’ title in Italy on Sunday – is considering stepping back from his role. Perhaps Hamilton wants to see a clear succession plan before he commits to his future?

Hamilton’s comments on Sunday certainly indicate a resolution is not forthcoming, and with both the Briton and Mercedes suggesting talks will not start until the conclusion of the season-ending Abu Dhabi Grand Prix on December 13, there is every chance an agreement will not be in place until the final days of this year, or indeed at the beginning of next.