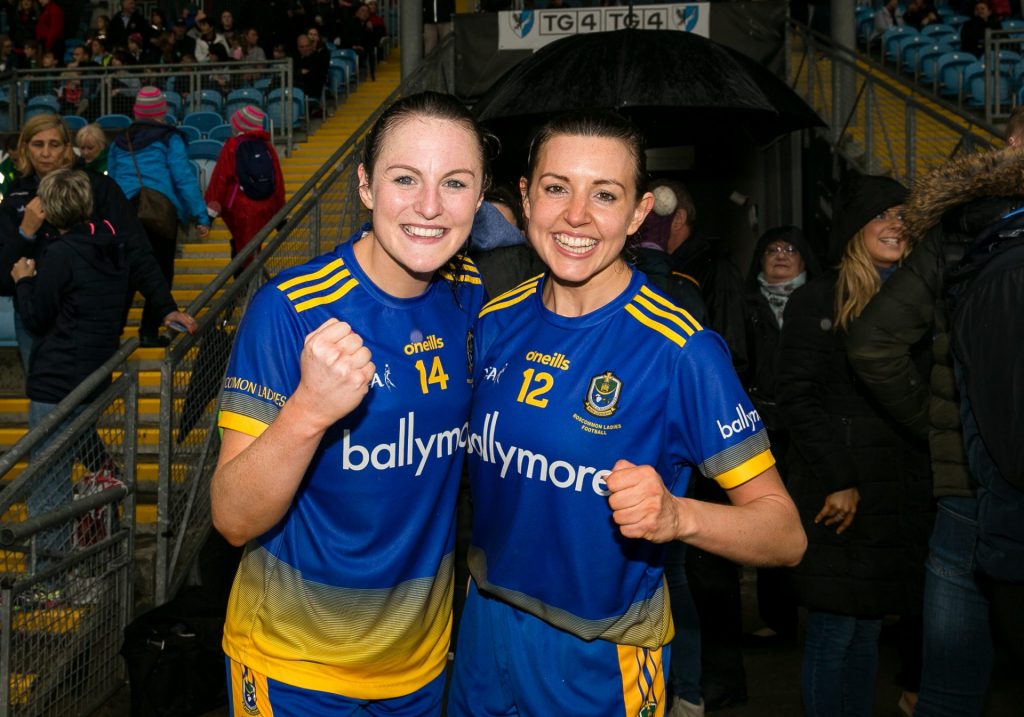 Jenny Higgins and Natalie McHugh were part of the Roscommon intermediate ladies’ football panel that defeated Wexford this afternoon.

The Roscommon intermediate ladies’ team have one foot in the semi-finals of this year’s TG4-sponsored championship following a terrific 1-15 to 2-9 victory against Wexford at Clane earlier today.

Sinead Glennon’s early goal sent Michael Finneran’s side on their way, and they were always able to keep their noses in front from there until the finish.

Leading by 1-10 to 1-4 at half time, a Wexford goal from a free reduced the arrears to a point at one stage in the second half.

But Roscommon held on for victory to give themselves every chance of reaching the last four.

Wexford, who plied their trade in a division above Roscommon in the league, had beaten Offaly, the remaining team in the group, a week earlier.

Roscommon meet Offaly in the final game of the group in Kinnegad on Sunday next at 1 p.m. where a victory will see them qualify for this year’s semi-finals.