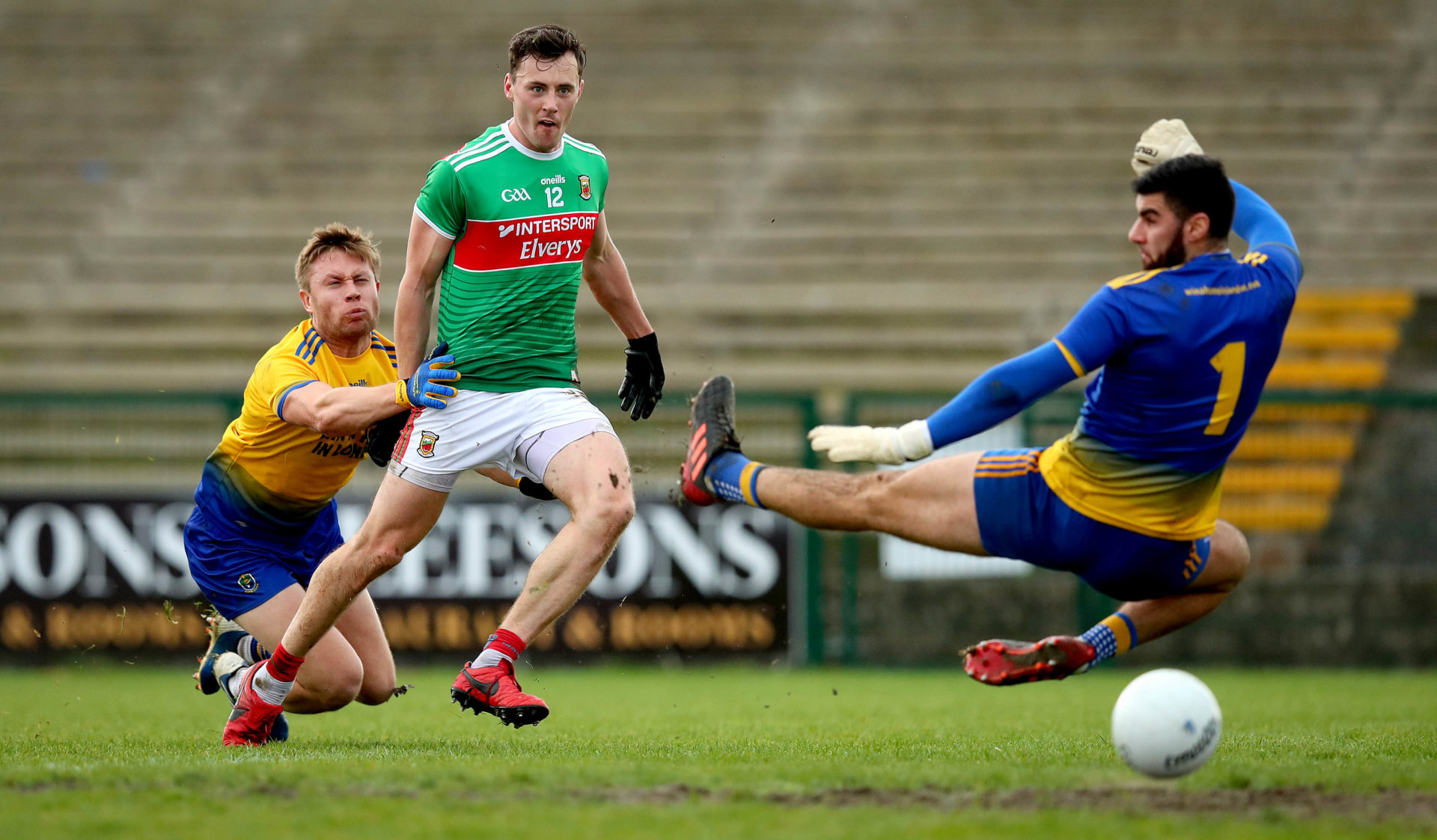 A good start proved to be half the battle for Mayo as they comfortably relieved an out-of-sorts Roscommon of their Connacht title at Dr. Hyde Park on Sunday afternoon.

The 1-16 to 0-13 scoreline in favour of the visitors was never in doubt as Roscommon were second best in too many positions all over the pitch.

The real damage was inflicted just before the first-half water break when Diarmuid O’Connor found the corner of the net after being set up by marauding wing-back Eoghan McLaughlin. At that stage, Mayo led by 1-6 to 0-2, and while Roscommon stemmed the bleeding after that a comeback never looked likely.

With Man of the Match Paddy Durcan, Stephen Coen and McLaughlin running hard at the Roscommon defence, Mayo continued to hold the upper hand, with Cillian O’Connor ending up with 0-9.

Donie Smith, Cian McKeon and Conor Cox hit 0-3 apiece, and Diarmuid Murtagh bagged a couple of rapid-fire scores off the bench, but the goal Roscommon needed to realistically haul themselves back into contention never looked like coming.

Mayo go on to meet Galway in next Sunday’s Connacht final in Salthill, looking for their first provincial crown since 2015.