Kilroy gets surprise nod for hurlers 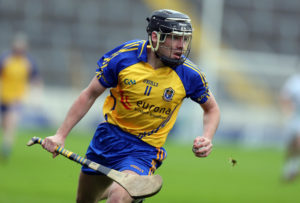 Niall Kilroy will be playing with the Roscommon senior hurlers on Saturday.

Niall Kilroy is the surprise inclusion in the Roscommon senior hurling team to face Kildare in Saturday’s Christy Ring Cup semi-final at Newbridge.

The Tremane player, who lined out at wing-forward for the senior footballers against Mayo last weekend, hasn’t featured for the hurlers over the last number of seasons, but manager Johnny Keane will be hoping that Kilroy can be a trump card against the Lilywhites.

Oisín Kelly, who impressed off the bench in last weekend’s victory against Sligo, also comes into the team at midfield.