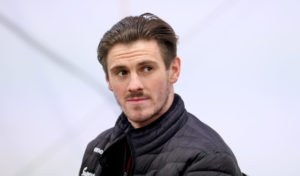 Shane Walsh will start at full-forward against Mayo on Sunday. Picture: INPHO/James Crombie

Shane Walsh has been named at full-forward in the Galway team to face Mayo for Sunday’s Connacht senior football final at Pearse Stadium, Salthill.

Walsh, who recovered from injury to be introduced against Dublin in the Tribesmen’s final league game a few weeks ago, will be the focal point of the home side’s attack in the absence of Damien Comer.

Galway have reached the provincial final without kicking a ball in anger, having received a walkover from Sligo last weekend.

When the sides met in the league on October 18th, Mayo prevailed by 3-23 to 0-17, but matters are sure to be much tighter on Sunday.

Mayo named their team earlier today, with Mark Moran the only change from the side that defeated Roscommon at Dr. Hyde Park.