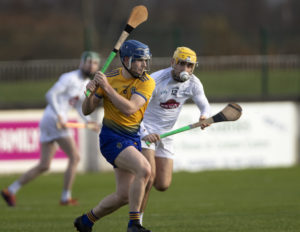 A devastating scoring burst either side of half-time propelled Kildare into the final of the Christy Ring Cup at Roscommon’s expense in St. Conleth’s Park, Newbridge, on Saturday afternoon.

The Lilywhites prevailed by 3-24 to 1-9, a result that hardly looked likely when the visitors established a 0-5 to 0-4 lead just after the first-half water break after starting with plenty of promise.

But Kildare would soon flex their muscles, hitting 3-10 without reply before Roscommon troubled the scoreboard operator again through Cathal Dolan nine minutes into the second half.

The home side’s goals came from James Burke and Jack Sheridan (2), and it could have been worse as Kildare fluffed their lines close to goal.

But Roscommon never threw in the towel and Johnny Coyne found the net, after being picked out by substitute Jack Lohan, with two minutes remaining.

Afterwards manager Johnny Keane vowed that Roscommon would recover from this setback quickly and was looking forward to getting the show back on the road in 2021, with the likes of Jason Kilkenny, Gearoid Keenan and Liam Kilcline waiting in the wings to return to the panel.