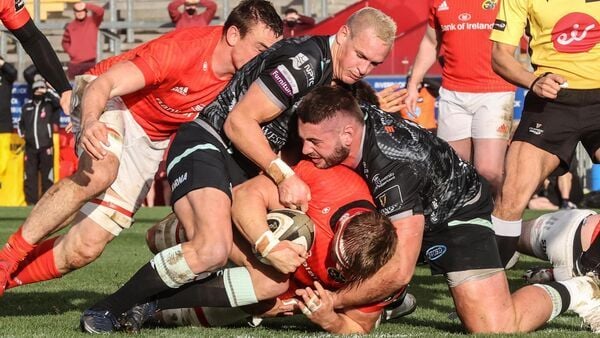 A Gavin Coombes hat-trick helped Munster extend their winning start to the new season to five games with a bonus-point Guinness PRO14 victory over Ospreys on Sunday.

Johann van Graan’s side gave Munster their best start to a season since 2008, when the then-European champions chalked up seven straight victories.

It helped the Reds restore an eight-point lead at the top of Conference B with a game in hand over second-place Scarlets.

First-half tries from No.8 Coombes, Mike Haley and Kevin O’Byrne made up for a sluggish start that saw Munster caught napping with an Ospreys counter-attack.

Full-back Mat Protheroe danced through the home defence before drawing in last man Matt Gallagher and passing wide to right wing Luke Morgan for the opening score on six minutes.

Former Northampton and England fly-half Stephen Myler converted to give Toby Booth’s side a 7-0 lead as Ospreys made light of losing experienced Wales lock Bradley Davies to injury in the second minute.

Yet Munster rebounded well themselves and Coombes’ try on 14 minutes, converted by JJ Hanrahan, drew the home side level.

Haley picked up a loose ball on the Ospreys 22 and skipped through traffic to give Munster the lead on 19 minutes but a limping Hanrahan, injured in contact minutes earlier, was unable to convert, passing the kicking duties to Rory Scannell.

The fly-half lasted only another three minutes before being replaced by Ben Healy, who became the third Munster goalkicker to contribute to the scoreboard with his conversion of O’Byrne’s try, the hooker dotting down after a driving maul had swept him over the line. 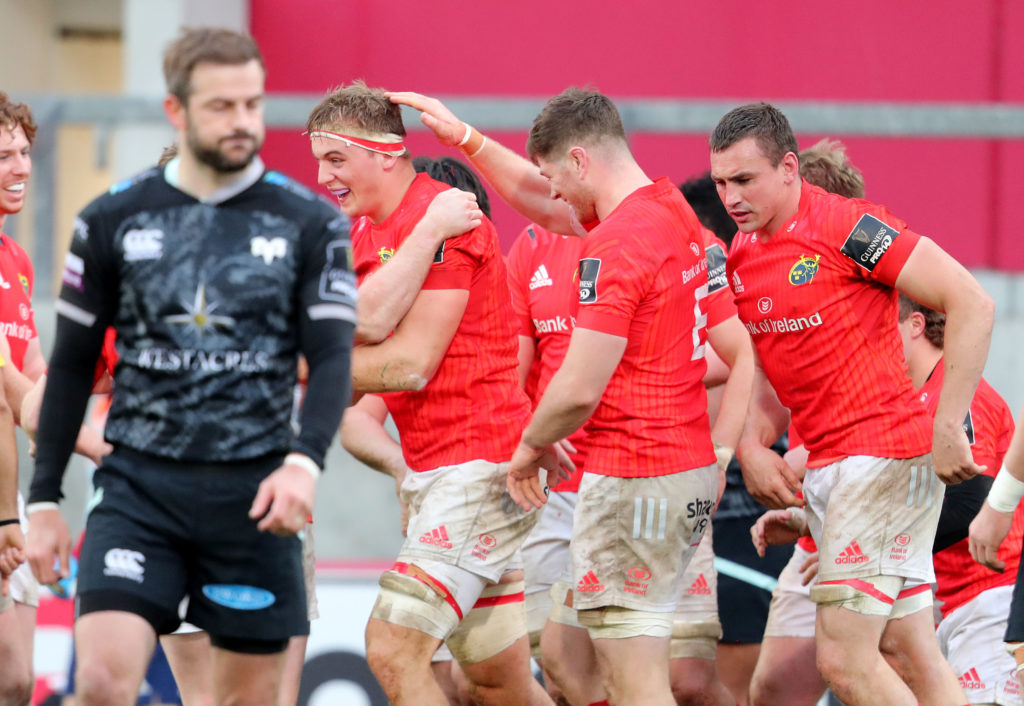 Ospreys problems had already deepened by then with try-scorer Morgan sin-binned for a deliberate knock-on to cut out a Craig Casey pass, the indiscipline leading to O’Byrne’s try as Munster took a 24-10 lead into half-time.

Morgan was still in the bin when Munster claimed their bonus-point try three minutes after the restart, Coombes again the finisher from short range.

The No.8 had carried three defenders over the line with him for his opening score of the afternoon but had plenty of help once his break had advanced his side to within range of the line, his colleagues shoving the Skibbereen back-rower over from close in as Healy extended the lead to 31-10.

It was Coombes again, with his fifth try in three starts, to cap a memorable afternoon for the 22-year-old.

It was again from short-range but there was some quick-thinking involved as he the No.8 took a quick tap from a scrum penalty five metres out and darted over the line.

Victory was assured but Munster will be disappointed with the way the match fizzled out, Ospreys scoring two late tries from replacement hooker Dewi Lake and then a penalty try under the posts after captain Jack O’Donoghue was sin-binned.

Not that the PRO14 table will show that as Munster go from strength to strength in their conference.

A moment of silence for Munster development officer and former player John O’Neill, who passed away last week at the age of 61, was conducted before kick-off at the ground where the centre had faced Australia in 1984.