Age is only a number for Elaine 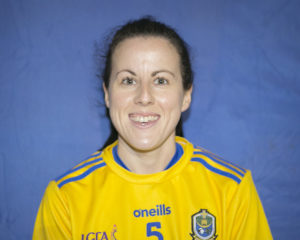 Ladies’ football is a young person’s game. But Elaine Murren is having none of it.

The Western Gaels player made her debut for the Roscommon intermediate ladies’ football team earlier this month — at the tender age of 31.

After retiring in 2017 after Western Gaels won the intermediate club championship, a career break took her to Australia late last year where she dusted down the football boots and got into the swing of things again with a club in Melbourne.

She had intended to travel around the world for a year until Covid struck. She returned to Ireland in March and came out of retirement when Western Gaels’ club season got the green light, helping them to a place in the last four of the senior championship.

Then, having returned to Dublin to prepare for a new school year, she received a phonecall she wasn’t expecting.

“It was Michael Finneran (Roscommon intermediate team manager) seeing if I’d be interested in a few trials. I never in a million years thought that I’d get a phonecall like that. It caught me completely on the hop.

“I said to him: ‘you do realise I’m 31’. He replied by assuring me that age wasn’t an issue. Caroline Conway had returned to the panel last year, and she’s in her mid-thirties.

“I needed some time to think about it, but I text Jenny Higgins straight away and she encouraged me to give it a go for a couple of weeks. I was thinking if I don’t do it now, I’ll never do it.

“I drove down from Dublin to my first training session in Strokestown. I had played some underage football for the county back in the day, but I was pinching myself. All the way down, I was wondering would I be able for it,” she recalled.

Elaine got through the session and was duly rewarded with her first start against Wexford on November 8th where Roscommon secured a famous 1-15 to 2-9 victory.

Now, all eyes are on the upcoming All-Ireland semi-final against Westmeath.

*Read the full interview with Elaine Murren, only in Tuesday’s Roscommon Herald.