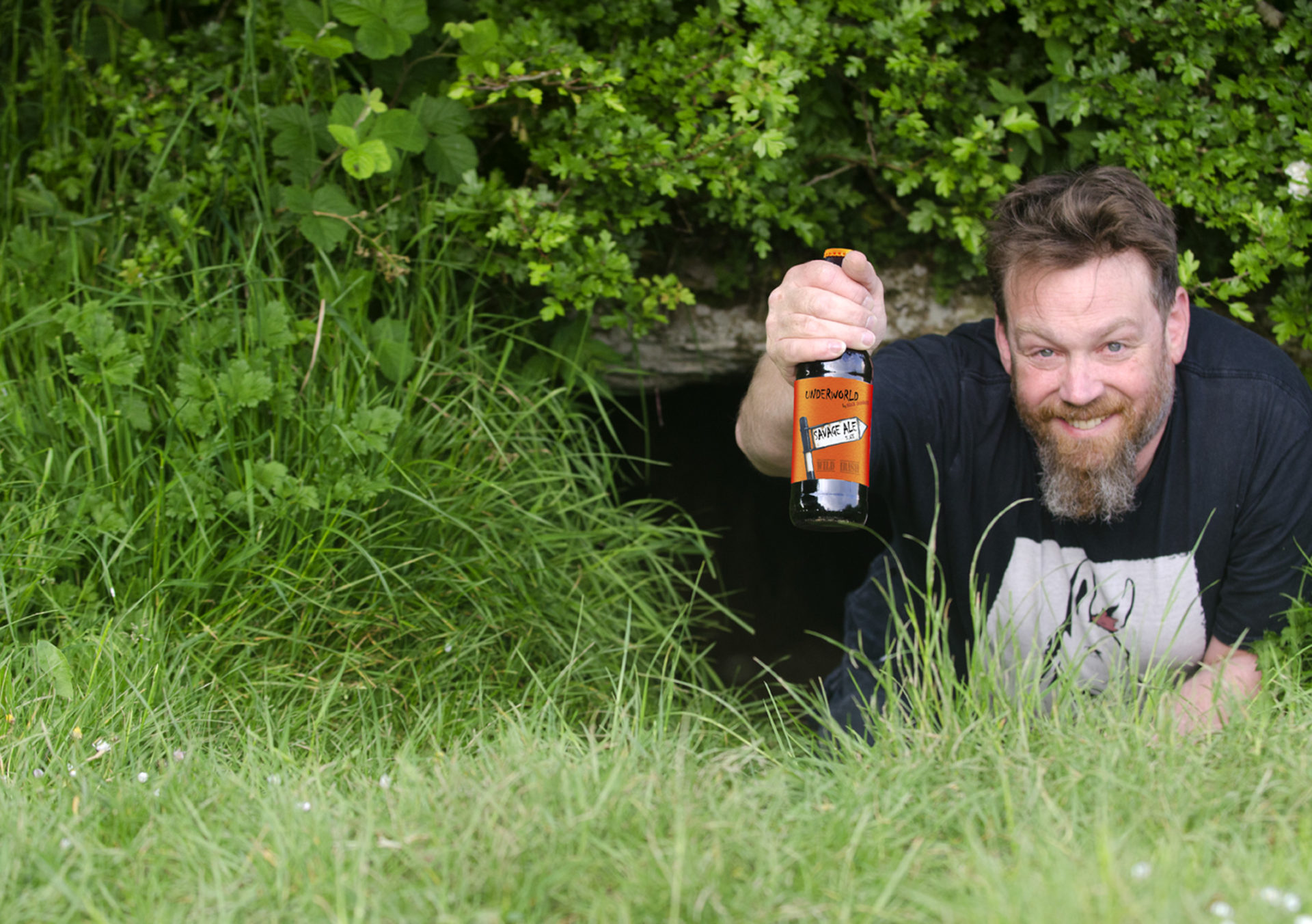 Richard Siberry of Ballinlough-based Black Donkey Brewing at the mouth of Oweynagat Cave in Tulsk.

Ballinlough-based Black Donkey Brewing Ltd entered three of its unique beers in the London based International Beer Challenge 2020 and was rewarded with three medals, two gold, and one silver. Gold medals were awarded to “Sergeant Jimmy” a whiskey barrel-aged Saison, and “Underworld Savage Ale”, while the brewery’s flagship brand, “Sheep Stealer”, the original Irish Farmhouse Ale took a silver medal.

Underworld Savage Ale is the result of Black Donkey Brewing’s “Wild Yeast Chase”, an initiative begun in 2017 to capture a viable wild, native yeast strain, and to use it to recreate a beer style that hasn’t been brewed in Ireland for centuries. The

Sergeant Jimmy is a traditional Saison that was matured in freshly emptied, Irish whiskey barrels. The barrels infuse the beer with flavours of oak, vanilla and of course whiskey, without making it heavy or overly boozy, despite its 8% alcohol content. First launched in 2014, Sheep Stealer is the brewery’s flagship brand and is now a staple wherever great beer is sold. Since its launch, Sheep Stealer has found its way as far as the USA, France, Italy, Russia, Sweden and Lebanon.

Founder and head brewer Richard Siberry said: “We don’t generally enter beer competitions, preferring to let our customers be our judges, but we were tempted by the prestige of the IBC, and decided to see how we’d fare against some of the biggest breweries, and best beer judges in the world. Three medals from three entries will leave us with a very fond memory of a pretty challenging year.”

Black Donkey Brewing was founded by returned emigrants Richard Siberry and Castlerea woman Michaela Dillon. The launch of Sheep Stealer, an ‘Irish Farmhouse Ale’, in July 2014 singled them out as a unique voice in an increasingly crowded craft beer market. They are the only brewery in County Roscommon; their other award winning beers include Buck It (Amber Ale), Happy Out (Pale Ale) and Western Warrior (Lager). Black Donkey’s beers are available in off licences nationwide, and online through www.TheBeerClub.ie, www.BeerCloud.ie and