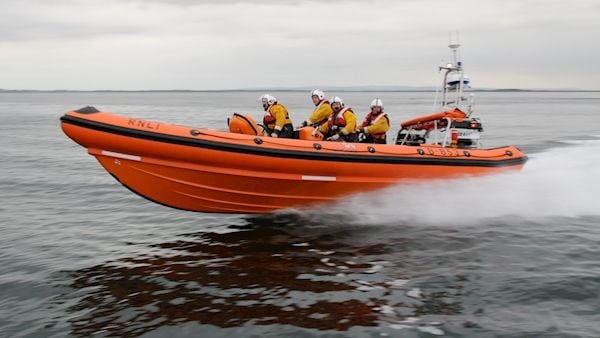 The Galway father and son who located two missing paddleboarders off the Aran islands in August have made their third rescue in just over three months.

Fisherman Patrick Oliver and his son Morgan rescued a Galway swimmer this morning after spotting the man in difficulty off Salthill.

The men came to the aid of the swimmer at around 10.30am near Palmer’s Rock, about 200 metres from the shore.

They took him on board their fishing boat and brought him back to Galway Docks, where the man received treatment for symptoms of hyperthermia until an ambulance arrived.

The event marks the third rescue made by the father and son in recent months, after they famously rescued cousins Sara Feeney and Ellen Glynn in August after the women spent a night at sea.

The women, aged 17 and 23, had set out on stand-up paddleboards from Furbo beach one evening but failed to return to shore.

They spent 15 hours on the Atlantic Ocean before being spotted clinging to a lobster pot buoy two miles south-west of Inis Oírr by Mr Oliver and his son, shortly before lunchtime the following day.

The mother of one of the two women said they were “forever indebted” to two fishermen who rescued them.

In September, the Olivers pulled a man from the river Corrib after he was spotted in the water by a pedestrian shortly after 9am.

The father and son located the man off Nimmo’s pier, and he was taken by ambulance to University Hospital, Galway.

It comes as Swim Ireland has issued safety alerts on all its social media channels amid calls for open water swimmers to keep safe this weekend.

It follows unprecedented pressure on emergency services, after a surge in popularity for the sport.

Mark O’Sullivan feared for safety in letter about family will, Kanturk inquest told