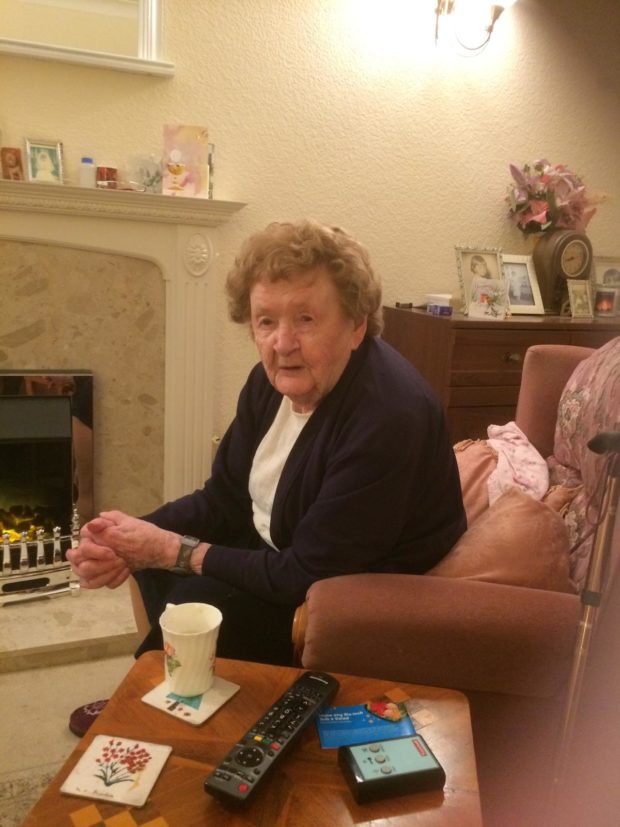 Loughglynn native Kitty Ready who has celebrated her 100th birthday.

A Loughglynn native celebrated her 100th birthday on Friday.

Kitty Ready (nee Leech) was born on November 20th,1920 at Meelick, Loughglynn. She lived on a small farm with her two sisters and brother, one of her sisters died when she was a baby. When Kitty left school she got a job as a seamstress at the Convent in Loughglynn with her sister and was happy there for about 10 years. She left Ireland in 1944 for England. She didn’t know many people but soon settled in and made Birmingham her home. Like many Irish people of this time, she never forgot her roots. Kitty’s first job in England was as a bus conductress, which she enjoyed, It was there she met her husband Jack, who was an inspector on the buses. Sometime later Kitty had one daughter and got herself a job in a pub that served meals. She later became the manager of a hotel/restaurant, which she really enjoyed. When she retired from there she loved to go to bingo regularly with her friends from St Thomas Mores in Sheldon. Sadly most of her friends have now passed away.

Until lockdown, Kitty looked forward to visitors at her home. She has a great sense of humour and loves talking about the old days. She used to visit Ireland every year to see her family and friends. She loves a drop of whiskey and says that what keeps her going. She lives in on her own in a warden controlled flat with the help of her carer Mary and is very content. Long live Kitty who is loved by all her family and friends.