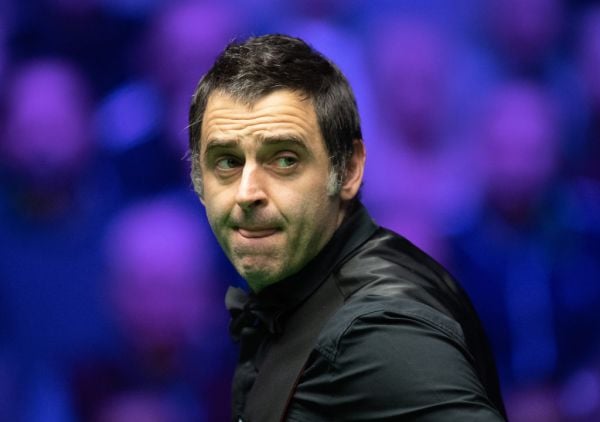 Ronnie O’Sullivan sealed the 54th ranking event final of his illustrious career with a superb 6-3 comeback victory over Ali Carter in the Northern Ireland Open.

The reigning world champion trailed 3-1 against Carter in the first semi-final but reeled off five successive frames to secure his place in the final of this event for the third year in a row.

There was tension when the two players last met as they brushed shoulders in the last 16 of the World Snooker Championship in 2018, where Carter claimed a 13-9 victory at the Crucible.

And O’Sullivan looked to stoke the fire ahead of this clash when he denied Carter’s claim that he apologised for the coming together two years ago.

But the only contact between the two this time around came at the pre-match and post-match elbow greeting, in place of the traditional handshake due to coronavirus restrictions at the Marshall Arena.

O’Sullivan said after his win in Milton Keynes: “Ali kept it tight and making it hard for me, but I always think if I can get a bit of form against that type of play then it is easy to get back in game.

Carter began the contest brightly with a run of 71 in the opening frame only for O’Sullivan to hit back immediately with a break of 100 to restore parity.

Carter took control of the tactical battle to take the next two frames and hold a 3-1 advantage, but that was as good as it got for the 41-year-old.

💬 “You just have to suck it up and find another way sometimes.”

Could it be third time lucky for the reigning world champion? ☘️ #NIOpen #HomeNations pic.twitter.com/scwIGdd48T

Breaks of 78 and 66 saw O’Sullivan bring the scores back to 3-3 before powering in a run of 98 to take the lead for the first time in the match.

A stunning 102 break left ‘The Rocket’ in the driving seat and although Carter led 49-1 in the ninth frame, the six-time world champion rolled in a clearance of 59 to seal victory.

O’Sullivan hopes it will be third time lucky in this event after losing to Judd Trump in the final of the last two editions.

Trump – bidding to win the same ranking event for three consecutive years for the first time since Stephen Hendry in 1996 – faces Yorkshireman David Grace, who is in only his second ranking event semi-final of his career, in the last four on Saturday evening.