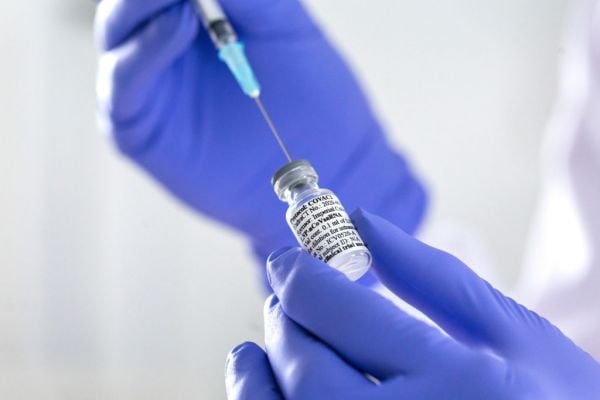 A strategy to vaccinate the Irish population against Covid-19 will be dealt with “urgently and comprehensively”, the chairman of the Government’s vaccine taskforce has said.

Prof Brian MacCraith said urgency is “the key word” and the taskforce will release information on the rollout of vaccines when it is “available and when it’s accurate”.

“We got really excellent news this week, albeit by press release. I think there’s great excitement about the indicators of at least three of the vaccines; the Oxford university one, the Moderna one and the Pfizer one. Really strong indications,” Prof MacCraith told RTÉ radio’s The Business on Saturday.

The taskforce will have its first full meeting early next week as the Government grapples with how to ease strict Level 5 Covid-19 restrictions on December 1st.

Case numbers have fallen during the period of restrictions but public health officials are concerned that what was a sharp decline has slowed.

Prof MacCraith said one of the issues the taskforce will be addressing is how to go about communicating the State’s plans to distribute a vaccine.

He said it was “very important for the Irish public to get certainty” on what was going to happen.

“Going out with speculations is not really helpful to Irish society. The general public deserves clarity and really clear information on this. I think that’s what we’ll do over the coming weeks,” he said.

Prof MacCraith declined to say how the vaccine would be distributed, or who would receive the first doses, adding that they will “do what’s in the best interest for the Irish public”.

On Friday, Taoiseach Micheál Martin told Virgin Media News the vaccine is important and could be available early next year.

“The European President of the Commission is now saying it could be the second half of December that they will get authorisation… which could mean, for the early part of 2021, we’re in a position to start procuring the vaccine. It could change the situation significantly for the better,” he said.

The Taoiseach previously said that people vulnerable to Covid-19 would be prioritised once safe vaccines to prevent the virus are approved and ready.