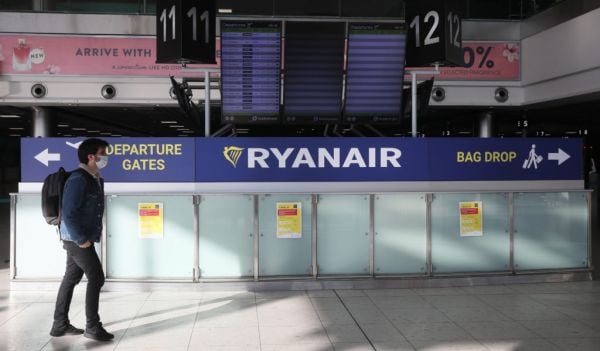 Discussions are being held between Ireland and the UK around arrangements for the Christmas period under coronavirus restrictions.

Within the UK, work is underway to deliver arrangements which can allow families and friends to meet in a “careful and limited way” over the period.

In a statement, UK Cabinet Office minister Michael Gove’s office said it recognised that people in Northern Ireland will want to see family and friends across the island of Ireland.

“This is the subject of discussions with the Irish Government,” the statement said.

In the Republic, a Government announcement regarding the shape of Christmas is expected to emerge over the coming week.

A full reopening of society appears unlikely, as public health chiefs have warned the progress in bringing down levels of the virus during the current Level 5 lockdown has stalled.

The number of new cases confirmed each day has refused to dip below the one hundred mark, as a further 318 cases of the virus were confirmed this evening – despite weeks of a Level 5 lockdown.

Sunday saw one minister warn that a free-for-all approach to Christmas could result in Ireland being plunged into another period of lockdown in January, ruling out a complete reopening on December 1st.

The North has battled a recent surge in the virus that has placed hospitals under pressure, with daily case numbers also remaining stubbornly in the hundreds.

New analysis of Covid-19 data from across the island, indicating how the disease is spreading in communities, shows Northern Ireland has much higher rates of infection than the Republic.

Mr Gove met with leaders of the devolved administrations in the UK over the weekend to agree “a shared objective of facilitating some limited additional household bubbling for a small number of days”.

Just finished meeting with CDL @michaelgove & @ScotGovFM & @fmwales on UK-wide approach to celebrate Christmas despite Covid. I outlined the need for extra flexibility to help those travelling in either direction between GB & NI.

However, the public will be “advised to remain cautious” and told that “wherever possible people should avoid travelling and minimise social contact,” a statement from his department said.

The statement concluded: “The UK Government, Scottish Government, Welsh Government and Northern Ireland Executive hope to conclude this work this week, subject to agreement by each administration.”

Northern Ireland’s First Minister Arlene Foster tweeted about the meeting on Sunday, saying she had “outlined the need for extra flexibility to help those travelling in either direction between Great Britain and Northern Ireland”.