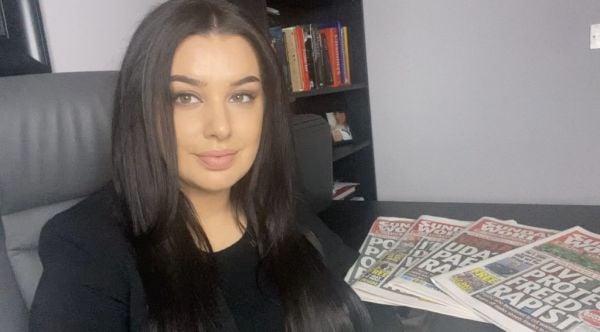 She has sent a pre-action protocol letter which demands Simon Byrne provides assurances that his officers conduct an immediate and effective investigation of violent threats made against her and her baby son.

In a statement she said unless such assurances are provided by December 10th, an application for judicial review will be made to the High Court.

Just an update on my ongoing battle with the PSNI to appropriately investigate a rape threat to a baby (my son). Chief Con has been put on notice that if he can’t give assurances of immediate & effective investigation @KRWLaw will apply for Judicial Review before the High Court.

The message contained a threat to rape her new-born son.

It was signed with the name of a neo-Nazi terror group, Combat 18, which in the past has had links to loyalist paramilitaries.

Ms Devlin has said that the PSNI has “failed to progress its investigation”, as well as to liaise effectively with Police Scotland, where the alleged offender is believed to be living, or to inform her of developments.

The Sunday World journalist is being supported by Amnesty International and the National Union of Journalists.

Ms Devlin’s solicitor, Kevin Winters, senior partner, KRW, said “no progress” appears to have been made in the police investigation.

“The violent threat to our client and her baby son posted by social media must be subject to an immediate effective investigation by the PSNI,” he said.

“No progress appears to have been made since Patricia Devlin reported the threat and the PSNI have been inadequate in its responsibilities toward her and her family in terms of securing their safety and keeping them informed of progress.

“Judicial review will be applied for should the assurance requested by our client be not forthcoming.”

Patrick Corrigan, Northern Ireland director of Amnesty International UK, said: “It is incredible that Patricia Devlin is having to resort to legal action to ensure a proper investigation by the PSNI into threats against her and her family.

“Amnesty International stands by her and other journalists in Northern Ireland who face a rising climate of threat and intimidation.”

Last month, Ms Devlin lodged a complaint with the Police Ombudsman for Northern Ireland over the PSNI investigation.

The PSNI has been contacted for a response.