We all like a white Christmas but could we endure a dry one? 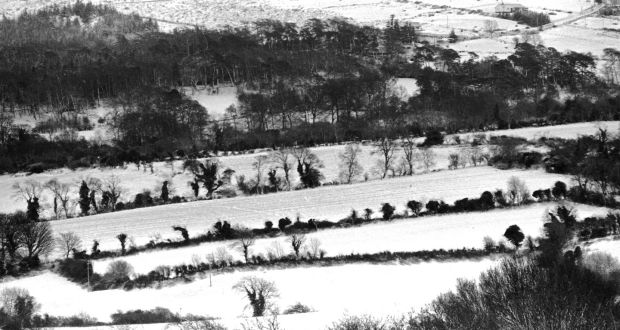 For the past eight months, our lives have been governed by numbers. Every evening on the six o’clock news we hear how many cases of Covid have been reported, how many deaths have occurred and more recently the 14-day average has been creeping in as has the number of cases per 100,000 of the population. These numbers have led lots of us to fear the deadly illness that is Covid.

Last week we heard the good news that the vaccine was remarkably close to being ready. I for one was initially amazed that this breakthrough had happened so soon after all scientists have only been working on it since last March! I had been told many months ago that these vaccines can take years to develop. Luck is obviously with us.

Then on Saturday evening, a friend of mine explained to me that a Turkish couple in Germany had been working on vaccinations for the past number of years. It happens that what they were working on was exactly what was required to deal with Covid. They are the people who made the vaccine that Pfizer are talking about. This probably explains the speed with which it has arrived.

“In fact, Hugh they got a phone call just last Sunday night at 8 – o’clock from the Pfizer CEO to tell them that preliminary analysis from Phase 3 trials of their coronavirus vaccine showed 90 per cent protection. They were excited!” my friend was able to tell me, surely an understatement! We, the public, heard the news on Monday last as details were released to the media.

It’s remarkable to think that a small operation could come up with the most important medical advance of recent history. The news was so positive on Monday that stock markets soared, and you can just imagine what it did for ­BioNTech — the small company that has developed the vaccine, even Ryanair saw their price go up 14%, while Carnival the cruise line saw its share price jump 39%, this was a good news story. For those of us who are so weary of the virus, we saw an end to our suffering beginning to approach.

This must be a life-changing occurrence for the husband and wife team of Ugur Sahin, the chief executive, and his wife Ozlem Tureci the chief medical officer of BioNTech. As soon as the vaccine is fully approved and it appears it will be, they are going to become overnight billionaires! How did they celebrate?

Like any happy person, with cups of Turkish tea at home. Of course, they hadn’t any other real choice as Germany is in a lockdown but seemingly it was typical of them as they are very driven by work and their lives revolve around work!

The global media went on to tell us that they don’t own a car and when they got married back in 2002 they just took a morning off for their wedding before returning to their lab! The wife believed that half a day was “sufficient”! As a single man, I cannot comment!

If the vaccine comes to the market, we know a few things, firstly it will be safe, second, it will work and hopefully in Ireland at least it should be free to all. There will have to be a major programme of immunisation carried out. The question will have to be when will it come to market, in other words, when will it be available for people to get and who will get it first?

One would imagine that the at-risk groups would be the first to be immunised as would our frontline medical staff, then I suppose the rest of the population would start to receive their immunisations overtime.

We will of course still be dealing with Covid-19 in 2021 as it will take quite a while to get the vaccine produced, distributed and injected. In addition, there will be many people who will be afraid to take the vaccine or who may be just opposed to the concept of vaccinations.

I for one would have confidence in the health professionals and in the scientific community who will license this product. While I might not be first in line, I would certainly be happier not having to wait too long.

If as reported the vaccine will be 90% effective and if the vast majority of the population say 9 out 10 people opt to take it when it is made available then we should see a significant cut in the rate of infection of the virus.

That said, could things turn out differently? Am I too hopeful thinking that just 10% would refuse to be immunised could it be a lot more? Will we get enough doses of the vaccine? Will it be properly distributed? We seem to annually have issues with the flu vaccine? Time will tell!

The focus for most people now is Christmas, there are just five or six weeks left to Christmas and the toy show will be on television shortly. There are many questions being asked but one of them is will we be able to celebrate Christmas? Churches have realistically been closed since March, yes they were open for small attendances but generally, people were unable to attend, there will be a desire for some form of Religious Celebration at Christmas, after all, that’s what the season is about, the marking of a religious happening two thousand years ago.

The pubs and restaurants are also looking to open and we as a people will have to make a couple of decisions, one of those decisions will have to be what we want for Christmas and the other is how will we deal with Covid in 2021. If we get too much liberty this Christmas we may end up paying for it in January and February and on the other hand if we’re refused our liberty it might just be the straw that breaks the camels back. People have endured a lot, businesses in the food, tourism and hospitality industries are on their knees, other businesses are doing well.

We all like a white Christmas but could we endure a dry one?