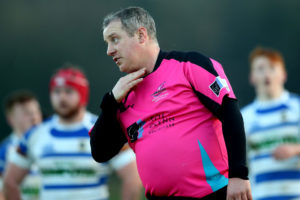 Roscommon junior camogie manager Karol Collins has called for more backing for the county’s flagship camogie team in the aftermath of another disappointing All-Ireland semi-final defeat.

Roscommon were defeated, 2-16 to 1-6, by Cavan and Collins stressed the importance of everyone working together for the good of camogie in the county going forward.

“It has to come from the top down. The county board has to decide what structures it wants — put in the gym programmes, and that has to be backed. Everyone has to be backed. If we could get the best players in the county, there is an All-Ireland in this team — getting players out on the pitch and getting players to buy into it, and commit for 12 months and see where it takes them.

“Cavan started training back in October. They had a lot of backing from the county board. They were backed with gear. Anything they wanted they got. The players brought into it too, which is the important thing. But it has to start from the top down,” he highlighted.

If those changes materialised, is it a project that Collins would like to be part of going forward?

“We came in last year on a two-year deal. I feel there’s something there. We have to go away and think about it. I’ve enjoyed it. We have brought a lot of young players through in the last year or two. If the plan is there going forward and things are right, I would like to be involved but it has to come from everyone.

“It comes down to the work that has to go in. The players and the county board know what has to happen. Everyone has to buy into it. The players are there. Roscommon won an All-Ireland U-16 title last year. There was a really good club championship this year. But the county board have to talk and managements have to talk to come up with a plan to get the best players for Roscommon out onto the pitch,” he explained.