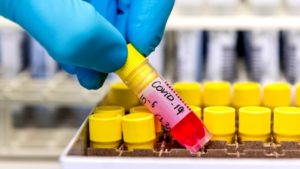 Roscommon’s number of Covid cases in the last 24 hours is in line with the national picture which has seen the national 14-day incidence rate fall below 100 for the first time since the end of September.

For the second day in succession, less than five cases were recorded in the county. On Tuesday and Wednesday, there were no cases of the virus recorded. Only one case was added from Thursday evening’s figures, meaning that Roscommon has recorded 932 cases since the pandemic began.

The county’s 14-day incidence rate continues to fall sharply. It is now 117.7, making it the sixth highest in the country. However, that number is likely to fall further in the coming days given the low number of cases recorded this week.

This evening, there were seven deaths and 206 cases of Covid-19 reported over the last 24 hours.

Of the cases notified today