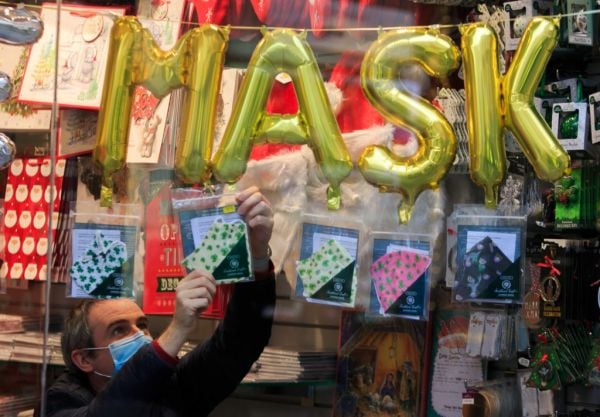 The Department of Health has been notified of 270 new cases of Covid-19 and five additional deaths.

The remaining 97 cases were spread across 21 additional counties.

In the North, there have been 416 new cases and four additional Covid-related deaths.

According to the European Centre for Disease Control and Prevention, Ireland now has the lowest 14-day incidence rate of any EU country.

Earlier today, the UK became the first country in the world to approve the Pfizer-BioNTech vaccine. They expect the vaccine will be available to be rolled out across the UK, including Northern Ireland, from next week.

However, the news has drawn criticism from the European Medicines Agency (EMA) who called the 10-day approval by the UK ‘hasty’.

The EMA, which is currently in the process of approving the vaccine for European distribution, released a statement saying their longer approval procedure was more appropriate as it required more evidence and checks compared to the UK emergency approval system.

The EMA added that its decision regarding the Pfizer vaccine is expected by December 29th.

In preparation for the distribution of the vaccine, Taoiseach Micheál Martin confirmed nine freezer lorries have arrived in Ireland to assist in the roll-out.

The Pfizer vaccine is required to be stored between -70 and -80 degrees.