Ennis father jailed for dangling infant by one leg over river 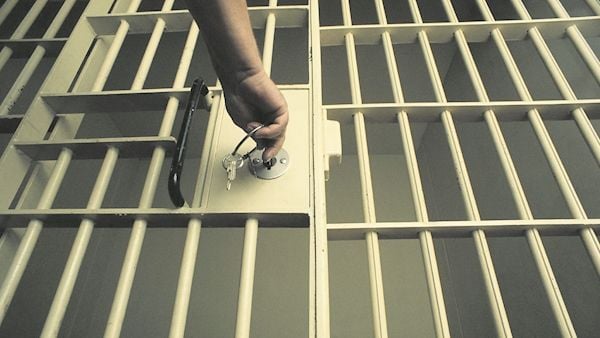 A judge has jailed an Ennis father who endangered his three and a half month old daughter’s life when he dangled her upside down by one leg over a river.

At Ennis Circuit Court, Judge Brian O’Callaghan imposed the combined five and a half year term on the 29-year-old for guilty pleas concerning endangering and threatening to kill his daughter and the assault causing harm of the baby’s mother last April.

Judge O’Callaghan described one of the two assaults by the man on the mother in front of their baby as a “vicious and barbaric punishment beating” where the man inflicted 20-plus belts with a stick on the back of the woman’s legs.

The “premeditated assault” on the woman occurred the day prior to the stand-off with gardaí concerning the couple’s infant child.

At 2am on April 11th last, a member of the Garda Armed Response Unit (ARU) tasered the man in the back of an ambulance at Friar’s Walk in Ennis as ARU members rescued the infant baby.

The rescue was captured on ambulance CCTV and the actions of the ARU brought to an end a tense three and a half hour stand-off that involved trained Garda negotiators, paramedics, Garda members and members of the Clare Fire Service.

During that time, there were several flash-points including one where the man ran away from gardaí to the River Fergus and mounted a wall overlooking the river at Wood Quay and dangled the baby out upside down by one leg over the water.

In her victim impact statement, the infant’s mother (19) stated: “I thought he was going to kill her and that I would never see her again.”

Garda Barry Comber told the court that the situation at the river wall lasted 12 minutes and that paramedics, gardaí and members of the fire service arrived at the scene “in anticipation of the worst”.

Earlier, the man had carried the baby through the town followed by gardaí and paramedics and said “we’re going to die tonight”.

The baby was uninjured from the incident, is thriving today and Judge O’Callaghan praised the infant’s ‘resilience’ in court.

The stand-off was sparked off by the baby girl’s mother seeking Garda assistance after she was assaulted on two occasions by her then partner and father of the baby.

Counsel for the accused, Michael Collins SC stated that the accused has pleaded guilty, expressed genuine remorse and was co-operative with gardaí.

The accused has four children from a previous relationship and a grandmother of those children told the court in a letter that while she didn’t condone the things the man has done “I feel he is a good and decent human being”.

A family friend wrote to the court to state that: “I do believe that in his right mind this man would never hurt any of his children, he loves his children and never on purpose has harmed any of them.”

The man has 51 previous convictions with road traffic and public order offences accounting for 43 of the convictions.

Mr Collins contended that the previous convictions would show his client “is not someone of a violent or aggressive nature”.

Mr Collins said a psychiatric report carried out on his client referred to a significant childhood trauma that he endured and the report stated that this may have contributed to the onset of Post Traumatic Stress Disorder (PTSD).

Mr Collins said that drink and drugs were not a factor in the stand-off with gardaí.

Judge O’Callaghan back-dated the sentence to April 11th last to when the accused was brought into custody.