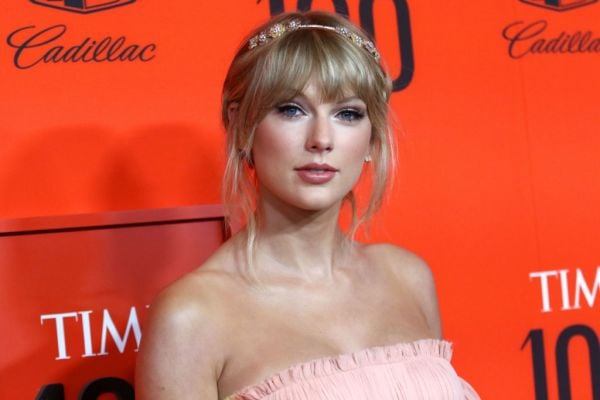 Taylor Swift has offered a glimpse at one of her re-recorded tracks which features on an advert by her actor friend Ryan Reynolds.

The singer is re-recording her first six albums after the rights were sold by her former record label.

She said that while the process is not yet complete, a new version of her 2008 hit Love Story would feature on an advert written by her friend Reynolds.

Okay so while my new re-records are NOT done, my friend @VancityReynolds asked me if he could use a snippet of one for a LOLsome commercial he wrote so…here’s a sneak peak of Love Story! Working hard to get the music to you soon!! https://t.co/0vBFXxaRXR

Writing on Twitter, she said: “Okay so while my new re-records are NOT done, my friend Ryan Reynolds asked me if he could use a snipped of one for a LOLsome commercial he wrote so… here’s a sneak peak of Love Story!

“Working hard to get the music to you soon!!”

The advert for dating website Match shows Satan forming an instant bond with a girl named 2020.

Swift has previously said she was “sad” and “grossed out” by the deal, which came to light last year.

Big Machine owned the rights to her first six albums, including Grammy winners for album of the year, 2008’s Fearless and 2014’s 1989.

Swift moved to Universal Music Group in 2018 and has since released her seventh and eighth albums, titled Lover and Folklore respectively.