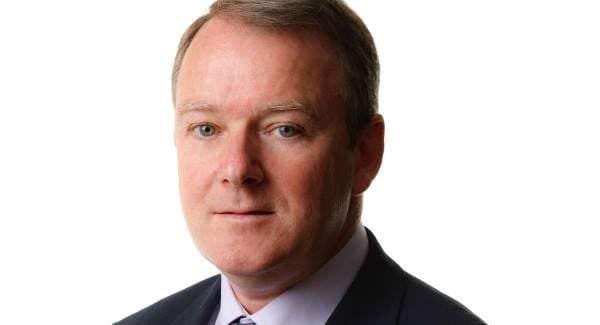 The social media accounts of Sinn Féin TD Brian Stanley were deleted on Thursday night in the aftermath of controversy over two separate tweets.

The Laois/Offaly deputy told The Irish Times: “As far as I can see this is a coordinated effort coming from Fine Gael and certain sections of the media and if that’s the game they are playing I am not being part of it. I am not allowing people to misconstrue [my comments]”.

Earlier on Thursday, Mr Stanley said he had nothing to apologise for over a tweet he sent about Leo Varadkar in 2017 when he was elected leader of Fine Gael.

In the tweet sent in 2017, Mr Stanley, now head of the Public Accounts Committee, wrote “yippee 4 d tory. it’s Leo. U can do what u like in bed but don’t look 4 a pay rise the next morning.”

Speaking during the launch of a PAC report, Mr Stanley said his record on campaigning for gay rights “speaks for itself.”

Asked to explain the tweet, he said: “What I meant in that tweet was, we were trying to push legislation and measures regarding worker’s rights and minimum wage and minimum wage. The point I was making was it is great that we have achieved the rights for gay people and women and yippee to that. But the point I was making was we still had the missing piece as a republican, the missing piece, to try and advance the rights of workers.”

Mr Stanley said that short tweets can be “misinterpreted”.

“’Yippee’ meant I celebrate the fact we got so far in terms of the rights for gay people.

“Some people in the other main parties, Fianna Fáil and Fine Gael, it did take a period of time, and I do not mean that in a disrespectful way, to come around on the issue of gay rights and contraception.”

Minister for Finance Paschal Donohoe said the apology issued by Mr Stanley was not enough.

A tweet linking a person’s sexuality with their ability to do their job was “utterly unacceptable”, Mr Donohoe told RTÉ radio’s Morning Ireland on Friday.

Mr Donohoe said that the comments had been indicative of Sinn Féin’s attitude to politicians they oppose.

When asked if Mr Stanley should resign from his position as chair of the Public Accounts Committee, the Minister said that Mr Stanley had questions to answer if was to stay in the role.

The tone of Mr Stanley’s tweet was not acceptable – it was “poisoning the well of how we debate politics in this country.

“He has to explain why he needed to delete the account.”

“Deputy Stanley has told us of his own role in the furtherance of rights of people, gay and bisexual and LGBT in general, and I accept that but I don’t think it is ever acceptable to link someone’s sexual orientation with public policy. I don’t think the reference to the [former] Taoiseach is acceptable.”

Mr Stanley apologised on Wednesday for a controversial tweet in which he referenced incidents from the War of Independence and the Troubles.

He said his actions were his own. “I take full responsibility for them. There is no one else that needs to take responsibility. I am very conscious of what you have said.”

On Saturday, the Laois-Offaly TD tweeted in reference to the Kilmichael Ambush in 1920 and the Narrow Water Massacre in Warrenpoint, Co Down. – Additional reporting: Vivienne Clarke